Raila's Men Realize Kalonzo is About to Leave Azimio, Tuju Reveals The Plan 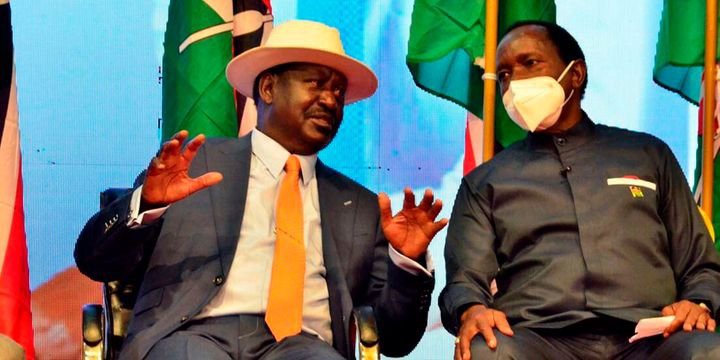 It is now emerging that allies of ODM leader Raila Odinga are preparing for the departure of Wiper leader Kalonzo Musyoka from Azimio La Umoja.

Kalonzo's allies have been threatening to lead him out should he not be named the Azimio running mate, with others declaring that he will personally vie.

It is coming out that Raila's camp has realized that he is about to jump ship and are as a result readying themselves for the same should it happen.

Azimio Executive Director Raphael Tuju says that they are prepared to handle his departure, but warned him of many the hurdles on his way if he decides to leave. 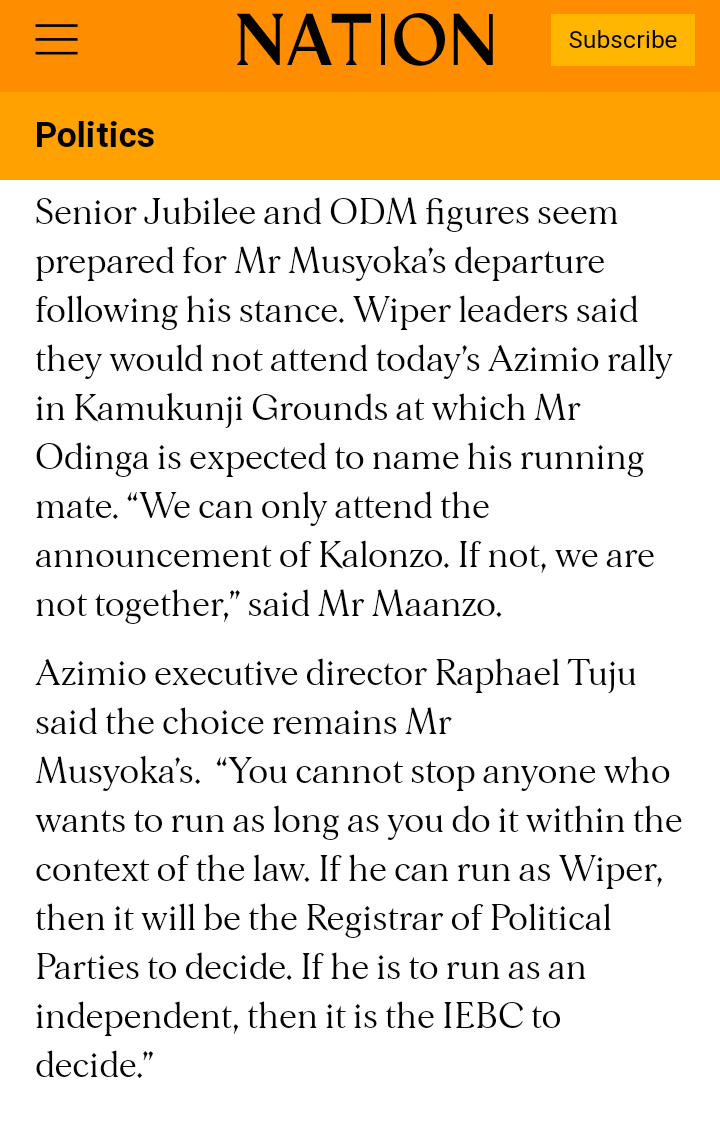 “There is no way you can bar anyone who wants to vie as long as you do it as is required by the law. If he decides to run on his party ticket then the Registrar of Political Parties will decide. If he is to run as an independent, then it is the IEBC to decide," the former Jubilee Party Secretary General told Sunday Nation.

Some allies of Kalonzo like Makueni MP Dan Maanzo have since revealed that he has been preparing himself to vie and even has a running mate waiting.

"We are fully prepared. They were ready a long time ago. We even have a running mate ready,” the MP, a very close ally of Kalonzo, said in an interview.

Raila is now seen as most likely to pick Narc Kenya leader Martha Karua, who is reported to have been proposed to him by the Azimio La Umoja Running Mate Selection Panel.

On Saturday, it was reported that Raila has handed the job of bringing the Ukambani vote to Kitui governor Charity Ngilu and her Makueni counterpart Kivutha Kibwana, apparently to substitute Kalonzo.