Key political leader from the populous Rift Valley political bloc has allegedly stated a mistake that the Hon Raila Odinga led Orange Democratic Movement Party did days ago at the Bomas of Kenya other than keeping check on their votes when tallying was taking place. 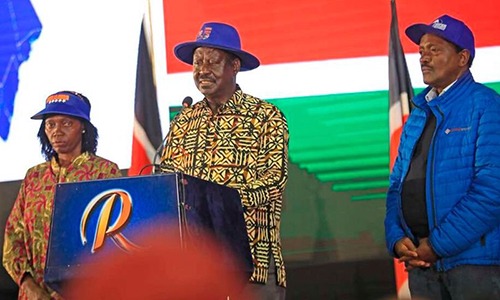 On his twitter platform, the Kericho county Senator Hon Aaron Cheruiyot has established that he was at the national tallying center for the entire five days representing the William Ruto led Kenya Kwanza political merger. 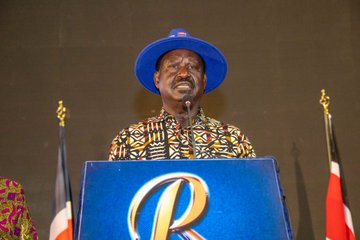 According to the MP, the Raila Odinga led ODM Party did not vest their presence at the Bomas of Kenya in keeping security to Raila Odinga's votes but rather engaged in mistakes that led to upheavals at the national tallying center. 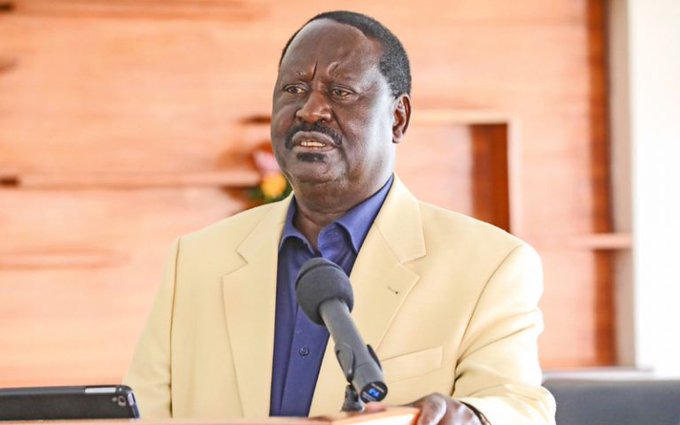 On his twitter platform, Cheruiyot has allegedly that the mistake done by ODM Party at the national tallying center was to bring 'goons' in the name of agents.

Cheruiyot has further alleged that when the ODM Party members were busy looking for Chirchir and causing upheavals at the Bomas of Kenya, the UDA team was combing through the forms 34A.

Therefore, according to Aaron Cheruiyot, the other alleged mistake that ODM members did was not combing through forms 34A, a task that was taken seriously by UDA members as reported by Cheruiyot.

The following is a link leading to Cheruiyot's tweet; 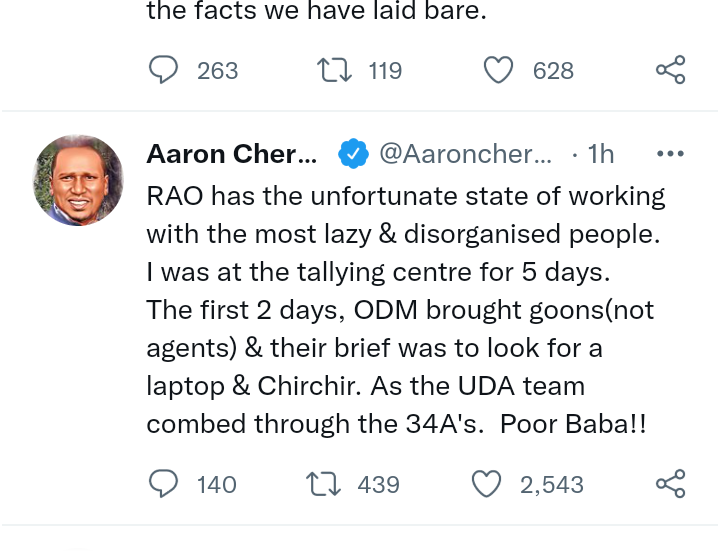 CS Eugene Wamalwa Reveals What Next For Him, DAP-K Party After Raila Failed to Win The Presidency