The quest for gender equality in Kenya has been a topic of debate, especially in elective positions. Various Bills have been sponsored to Parliament by women legislators, but there has been no success over the years which has in turn pushed more women to seek elective positions. 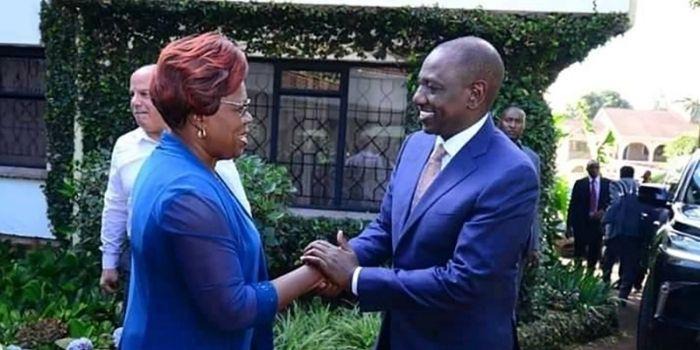 The just concluded August polls have seen several women who have been declared MPs elect across the political divide. Below is a list of elected women MPS as of Thursday evening, as confirmed by Mzalendo trust, and leading media houses including Citizen TV and NTV who have been updating Kenyans on the state of elections. 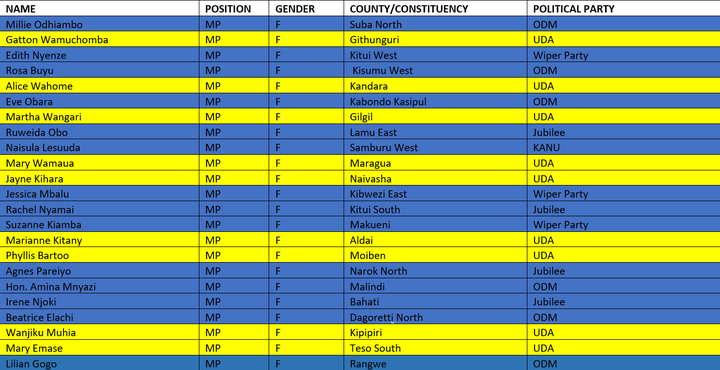 UDA lead with the majority of 9 MPs elect in the national assembly currently, while ODM has 6 who have already been confirmed. Jubilee, on the other hand, has 4 MPs, Wiper with 3, and KANU is trailing presently with 1. 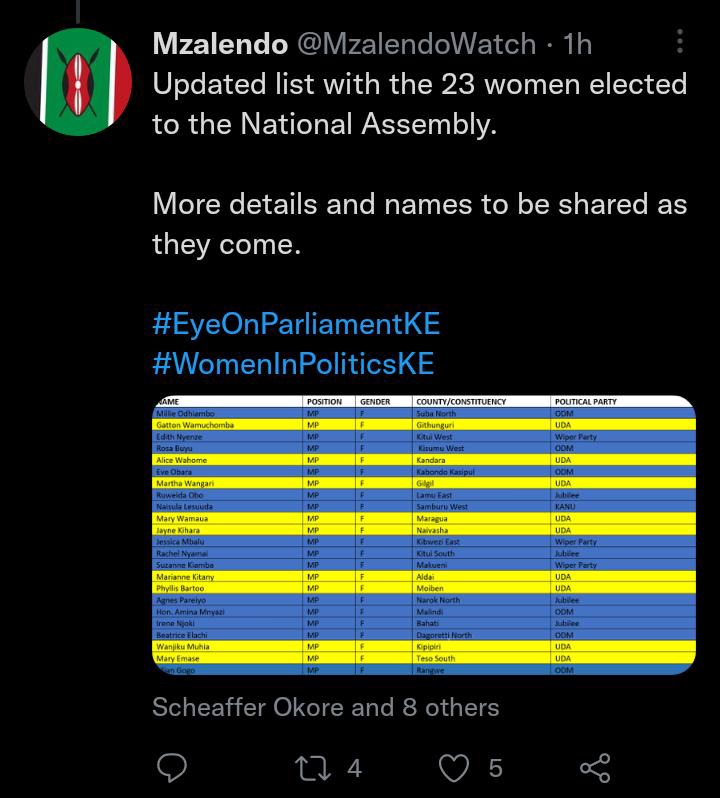 Beatrice Elachi was previously a nominated, and Senator has won the Dagoreti North seat. Wanjiku Muhia of UDA is a former Nyandarua Woman Representative has been declared winner of Kipipiri Constituency. 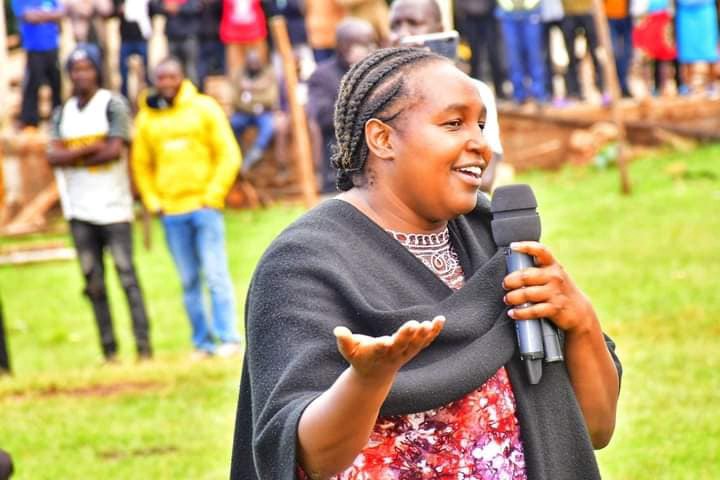 So far, 23 women have successfully been elected to the National Assembly out of the confirmed 120 Parliamentarians. Number continue streaming in as more constituencies hand out certificates to winners across the country.