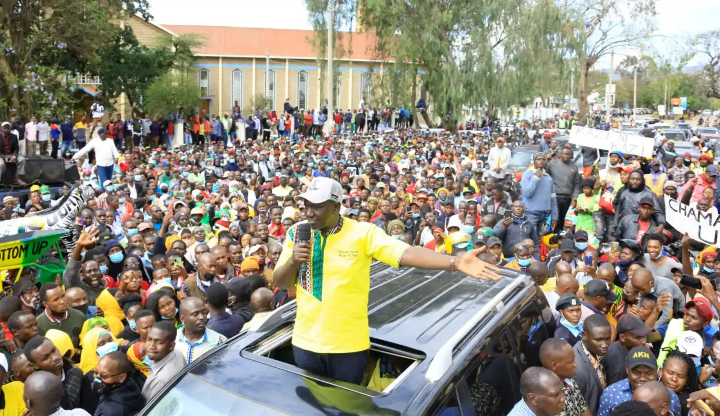 Deputy president William Ruto is highly regarded as a political genius in Kenya as claimed by leaders who have worked closely with him.

He has very high chances of becoming the next Kenyan president after 2022 general elections according to his acceptance currently in the country as he continue to campaign across the country.

However,as they say no one is a perfect being the dp has his fouls too which might deny him the opportunity to lead the next government when president Uhuru Kenyatta retires.

Although he has been sidelined by his boss following their bitter separation in Jubilee party,Ruto has always ensured that he makes it to national events in a bid to build his spoilt reputation by opponents.

It was an advantage on his side when he attended president Uhuru's State of Nation address in the parliament on Tuesday which earned him more points for being that bold.

However,the deputy risks losing a section of his supporters after he missed out on an event that saw Nakuru town conferred city status by president Uhuru Kenyatta.

This is because all other prominent leaders like the former prime minister Raila Odinga, Kalonzo Musyoka, Gideon Moi and Musalia Mudavadi were in attendance as a show of unity.

On his side the dp decided to continue his campaigns in Machakos county as other leaders graced the event which might paint a bad picture of him especially on his presidential bid.

2 Mistakes Raila Is Making That Could Cost Him Presidency (opinion)