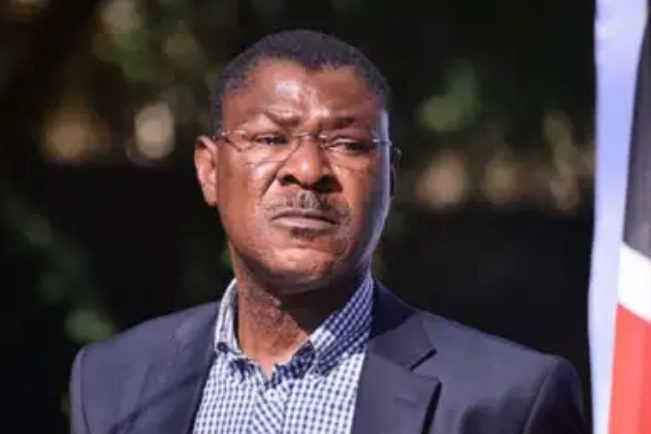 Ford Kenya party leader Moses Wetangula says he is not threatened by the Democratic Action Party of Kenya (DAP-K) and its leaders including Eugene Wamalwa.

Dismissing the newly-formed outfit as substitutes of bigger players who are out to distract voters, Wetangula asserted that his supporters cannot be lured.

“They are surrogates directed by external forces and people know it. They are not coming to fill any void or deficit for requirements for representation of party activities,” the Bungoma Senator told Sunday Nation.

“They have been set up to clearly cause confusion.”

“Young men, I can tell you who you are by just seeing who your friends are,” he added, quoting his high school literature teacher.

“It will be a miserable and regrettable failure. It will not work because the leaders of any region and communities are not imposed by outsiders,” stated Wetangula.

“I have told this to COTU Leader Francis Atwoli, you do not go with Congolese musicians to Bukhungu and think that way you can create leaders, it will not work,” he added.

DAP-K leader Wafula Wamunyinyi following the party’s launch in December said the new political faction was necessary to protect the Luhya community from being taken advantage of by other players.

The party was launched after a faction of Ford Kenya, led by Kanduyi MP Wamunyinyi and his Tongaren counterpart Eseli Simiyu, abandoned the Moses Wetangula-led party owing to much-publicized leadership wrangles.

“The Small party led by Musalia has been used to abuse the people of Western and we have had enough. Both Wetangula and Mudavadi; and they must know that we are going on the ground to ensure we do not let our people be used again,” Wamunyinyi told Citizen TV.

The party has since ushered in new defectors, among them Lugari MP Ayub Savula who decamped from ANC on Saturday and immediately named the DAP-K deputy party leader. 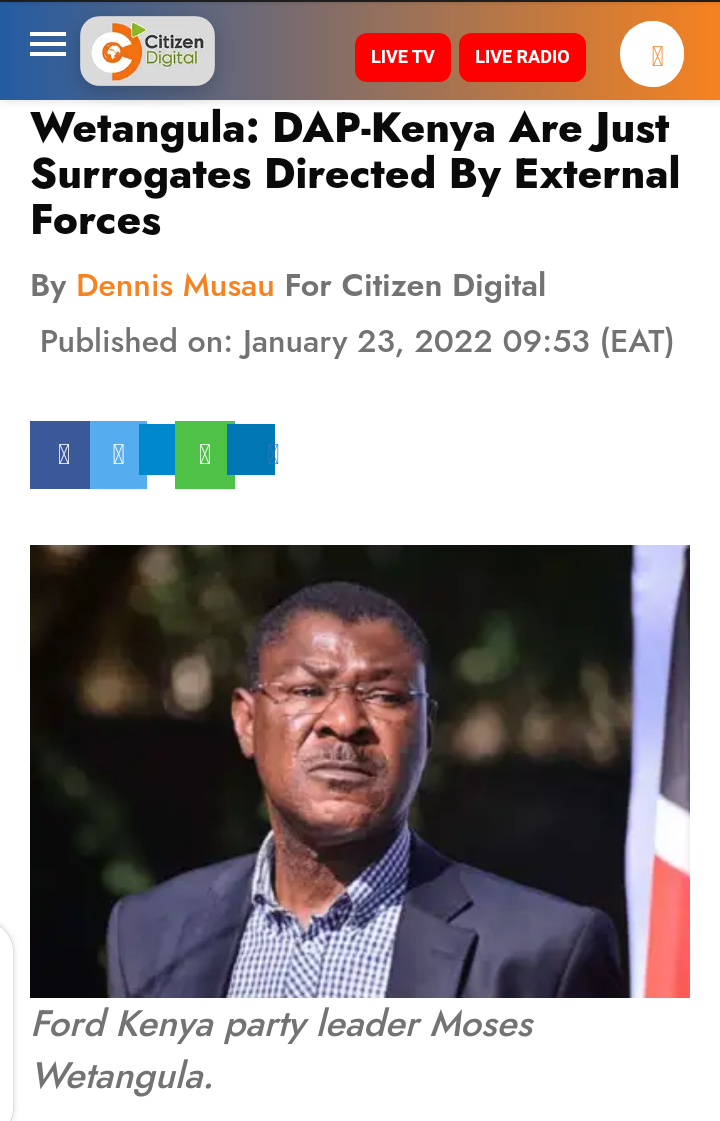