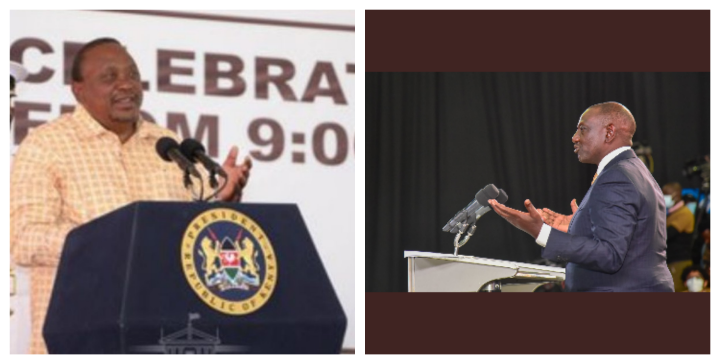 A section of Kenyans have today condemned the Nation Newspaper over a biased headline.The sensational headline of the Sunday Nation was all about the relationship that the outgoing president Uhuru Muigai Kenyatta and his deputy William Samoei Ruto had in 2017.

The headline of the nation was titled, Ruto: The day I almost slapped Uhuru.The headline is very sensational and uncouth since it alleges that the deputy president almost slapped the President Uhuru Kenyatta.The story is founded on the allegations that have come out after the deputy president had a meeting with Kikuyu elders at his official Karen residence on Friday.The nation alleges that a recording of the aftermath of the nullification of the 2017 poll results is what made the deputy president think of slapping his boss.This was after the supreme court ordered a repeat of the poll and Uhuru was reluctant citing that he wanted to retire.

Enraged Kenyans have taken to the comment section of the post on today's headline and condemned the newspaper for propagating lies and spreading propaganda that might harm the country.Some have commented furiously saying such lies should never be accommodated by a national newspaper and saying that media houses should observe neutrality during the August polls. 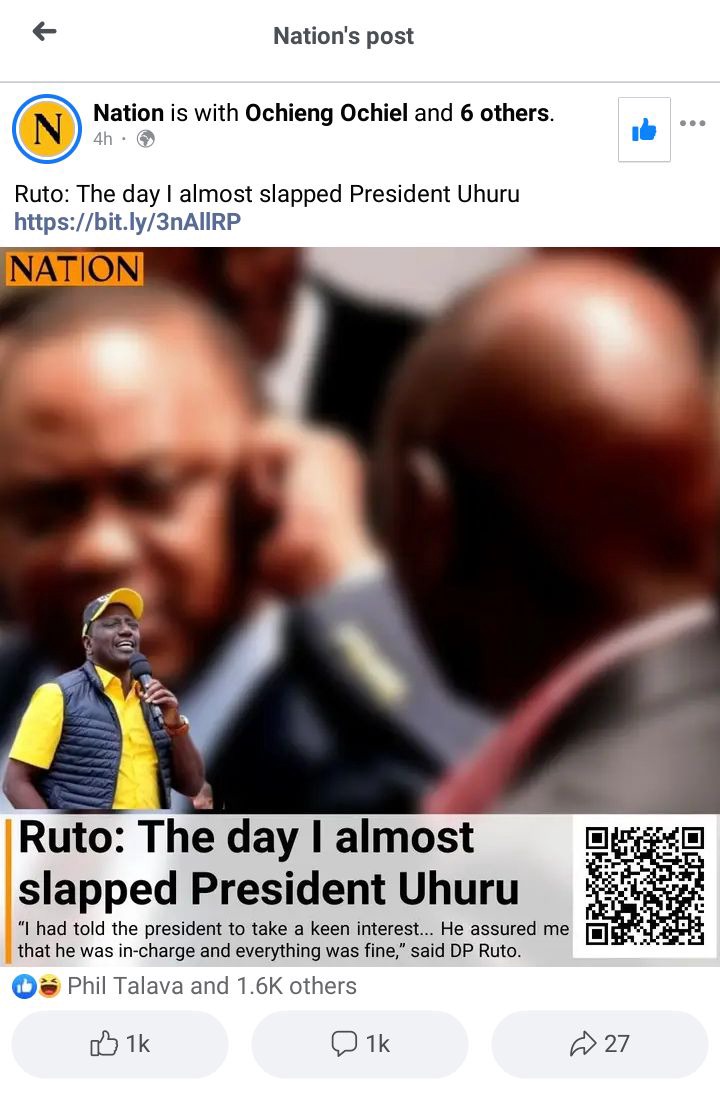 Below are screenshots of the reactions by the enraged and furious Kenyans; 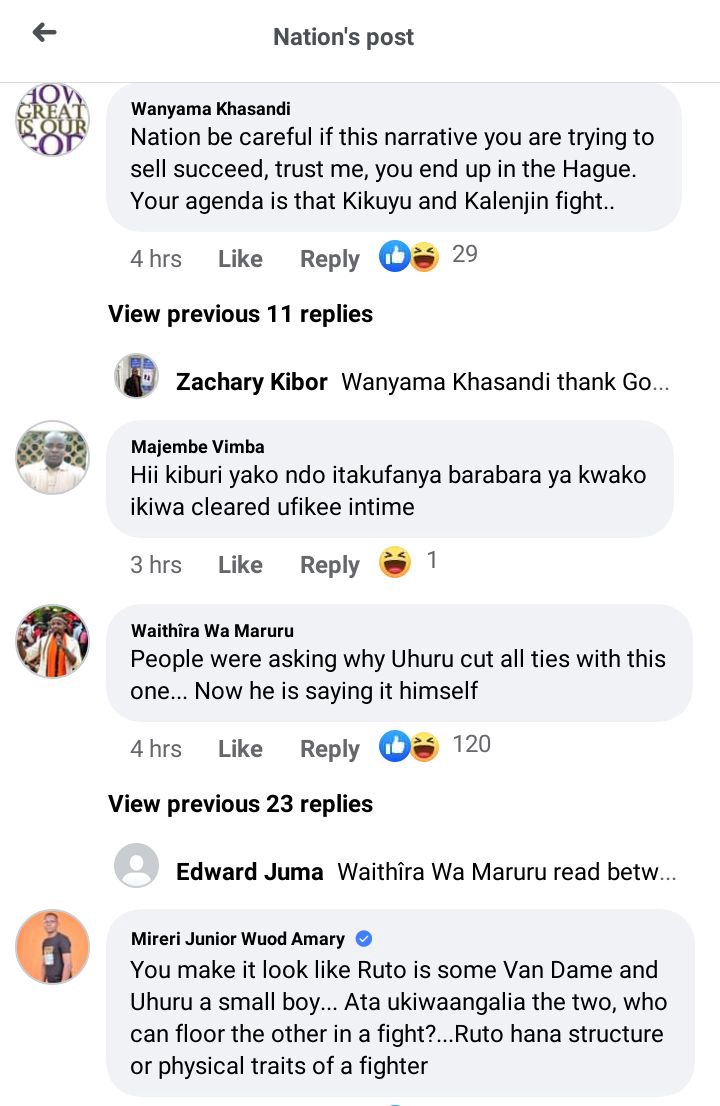 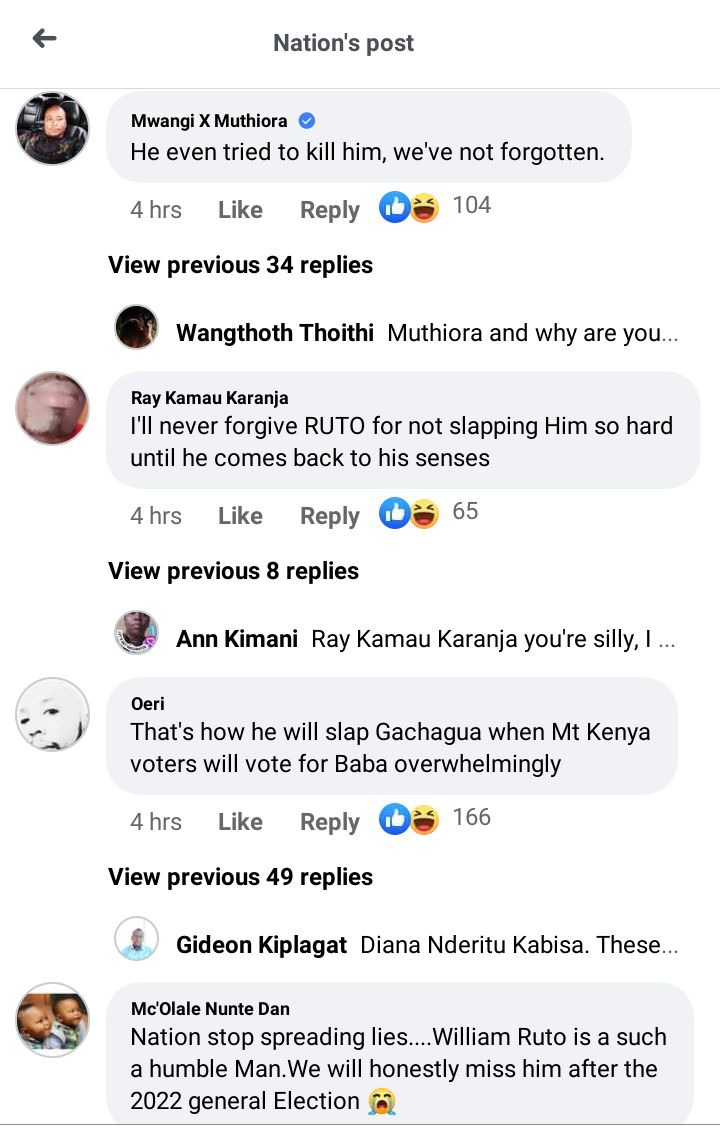 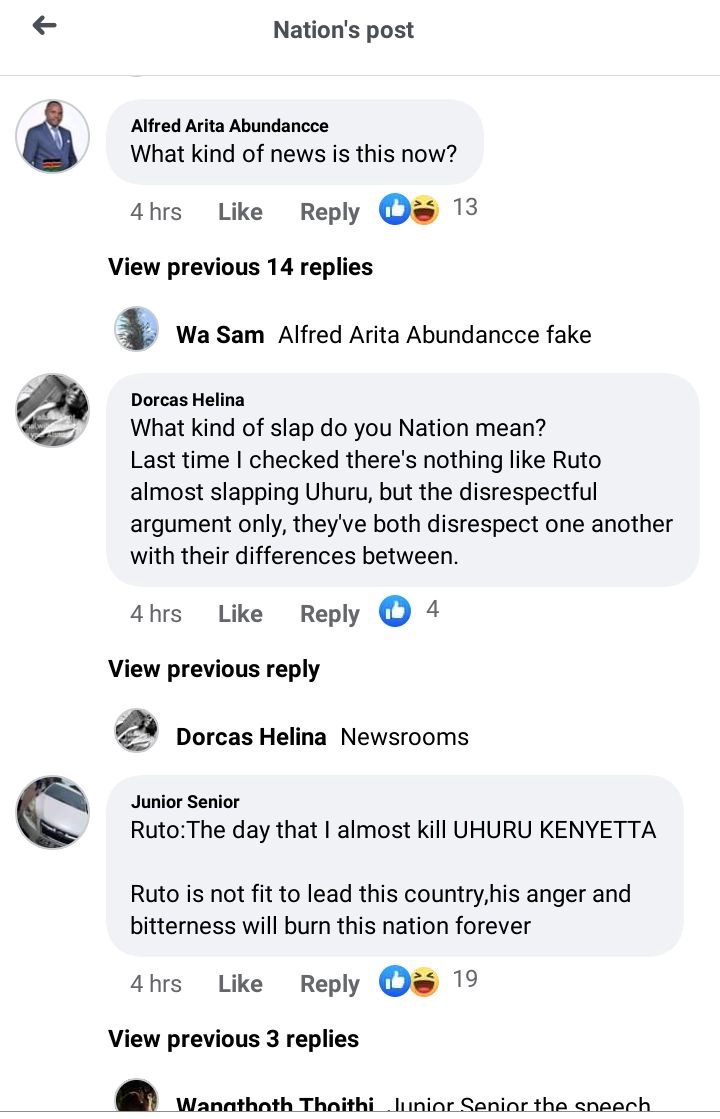 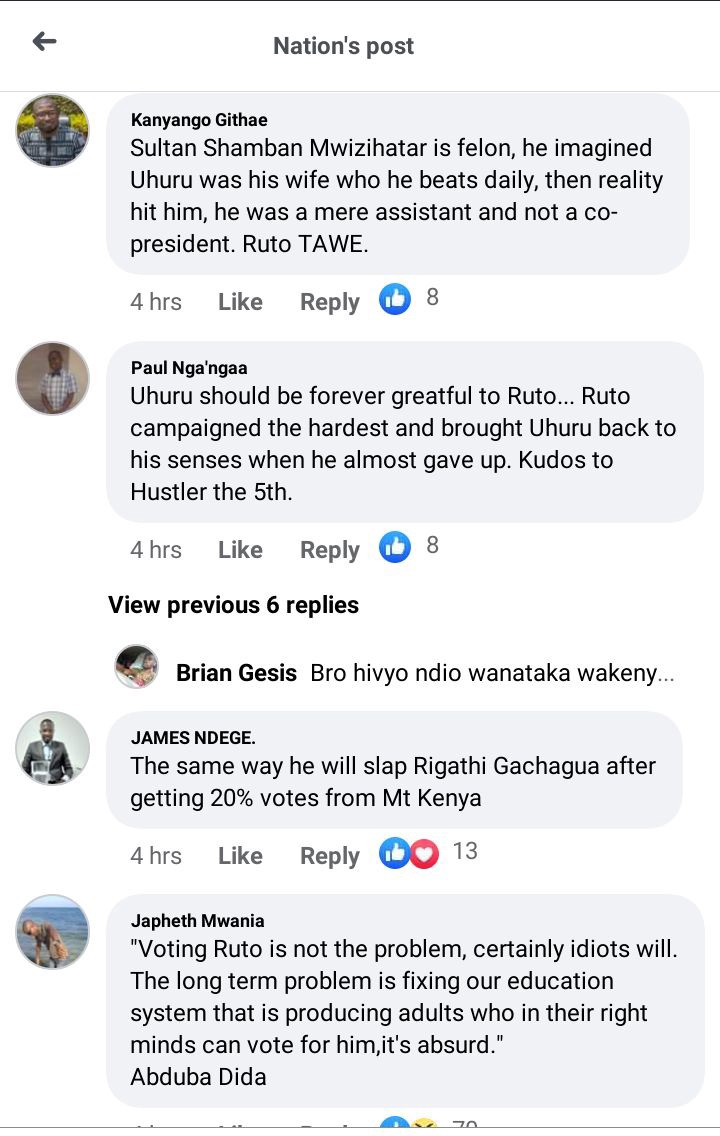 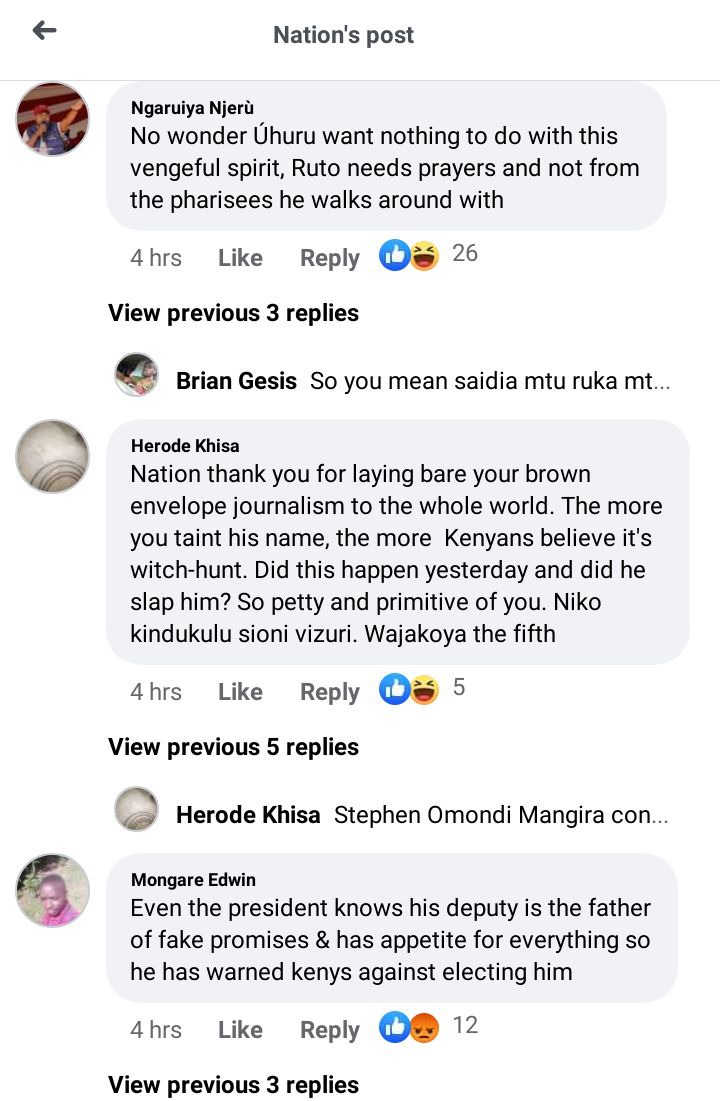