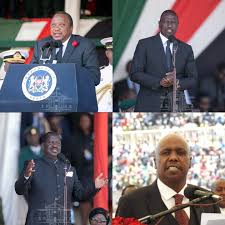 Boni Khalwale is the former Senator of Kakamega County. He had vied for the seat of Ikolomani Constituency in 2007 flagging UDF party and he won. He's also a former medical doctor and a Minister for Agriculture. During his term as a Minister for Agriculture, he was a critic to DP Ruto since he allegedly said that he was involved in maize scandal. Currently he is one of the closest alkies of the DP pushing for his presidential bid in 2022 general elections.

On the basis of earlier endorsement, President Uhuru was endorsed by the late former President Mzee Moi who's the father to Gideon Moi an aspirant candidate too. Secondly Kalonzo Musyoka declared himself as the best to succeed Uhuru. We can't forget that President Uhuru runningmate in 2002 general elections was ANC leader Musalia Mudavadi even if they never won the elections. 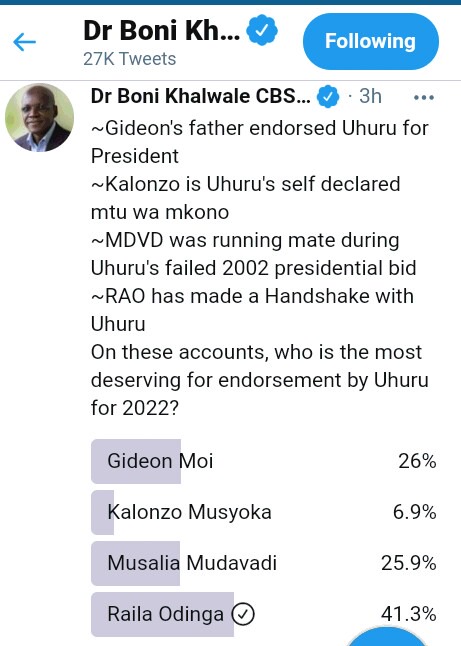 Then how about ' Baba' and the handshake. The highest probability falls on ODM leader Raila Odinga since they seem to have strong political ties than any of the above. Taking consideration of the past Kisumu visit then Uhuru might endorse Raila as the befitting President to take the office from him. It's only DP Ruto has stated categorically that he is still a Presidential candidate come 2022 general elections.