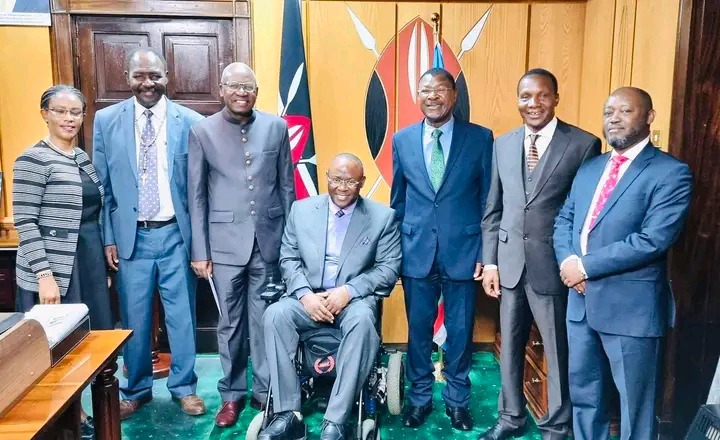 MP Wanyonyi and other MPs pose for a photo after visiting national assembly speaker Moses Wetangula at his office.

The third serving ODM party member of parliament said that they found the national assembly speaker in his signature bubbly element. He went ahead to wish the assembly speaker all the best in discharging his duties. 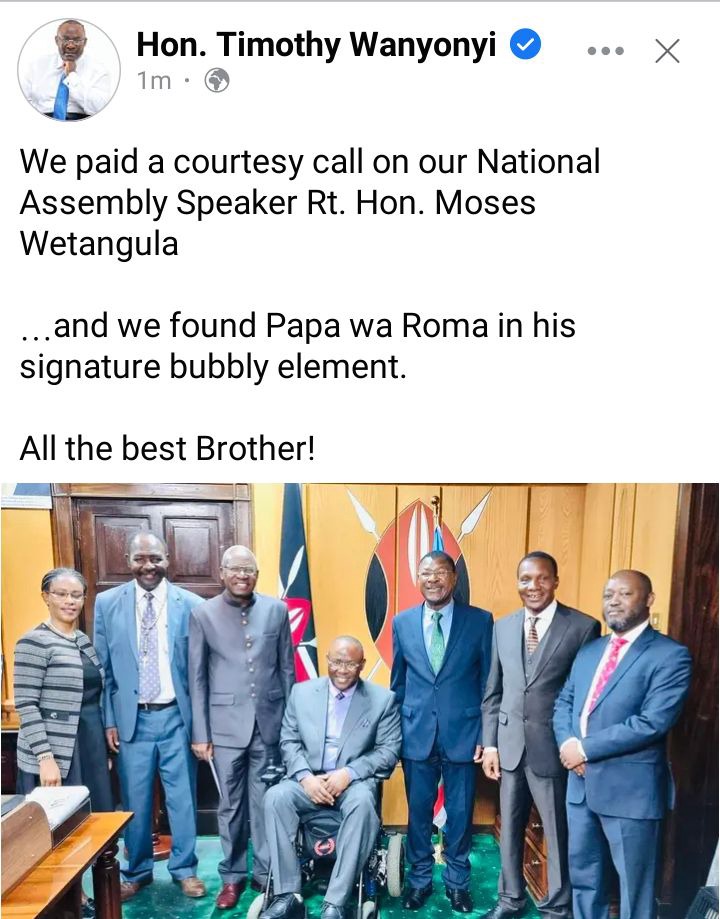 The two brothers belongs to different political affiliations. Timothy Wanyonyi is a member of Azimio movement while speaker Moses Wetangula is a member of Kenya Kwanza Alliance and party leader of FORD Kenya party.

Wetangula was reelected for a third term on a FORD Kenya party ticket before resigning to vie for national assembly speaker which he eventually won after beating Azimio's Kenneth Marende.

Big Blow as Nakuru Most Popular Joint is Raided by Auctioneers