By NewInKenya (self media writer) | 11 months ago 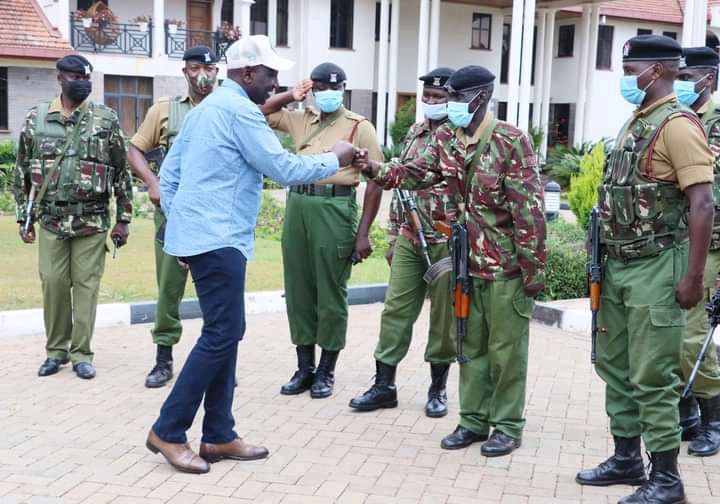 President Uhuru's government is set to have court battles after it has been sued following the recent downgrade of Deputy President William Ruto security detail that saw the General Service Unit (GSU) replaced with Administration Police (AP) last week.

Miruru Waweru, one of the lawyers who challenged the building bridges Initiative at the high court and Angela Mwikali moved to Milimani Law courts challenging the changes made by the police service. The two citizens want the courts to declare the changes unconstitutional.

They argued that the changes will interfere with operations at the office of the deputy president, they now want the courts to issue orders compelling the return of the GSU.

“The Petitioners fault the decision arrived at by the respondent as it was done in an opaque and arbitrary manner and there is no explanation or what criteria guided the process,” the petition seen by local media houses reads in part

They further argued that the changes were political and are meant to create fears ahead of 2022.

“The petitioners are apprehensive that the illegal actions of the respondents are politically instigated and are meant to create a state of fear in the build-up to the general elections scheduled for August 2022,” they stated.

This comes despite Ruto's remarks that he is okay with the changes and that the GSU can be assigned other duties should need be, it also comes after Ruto critisized his allies for summoning CS Matian'gi over the same issue.

"It'll be a Great Burden" Lawyer Tell Azimio on Challenging Ruto's Win, Claim What They Should Prove