Wiper Party Leader Stephen Kalonzo Musyoka is set to contest alongside other aspirants in the forthcoming presidential contest. Kalonzo who had earlier thrown his weight behind Raila Amolo Odinga's presidential bid under the giant Azimio-OKA outfit, bolted out of the formation when Raila formally settled on NARC Kenya party leader Martha Wangari Karua as his running mate.

Kalonzo has even gone further to nominate Andrew Sunkuli as his running mate with their names allegedly having been forwarded to the Independent Electoral And Boundaries Commission.

Latest reports have indicated that there have been behind-the-scene engagements to have Kalonzo rejoin Azimio with even majority of the Wiper Party brigade giving nod for this move that they wish their boss should take. 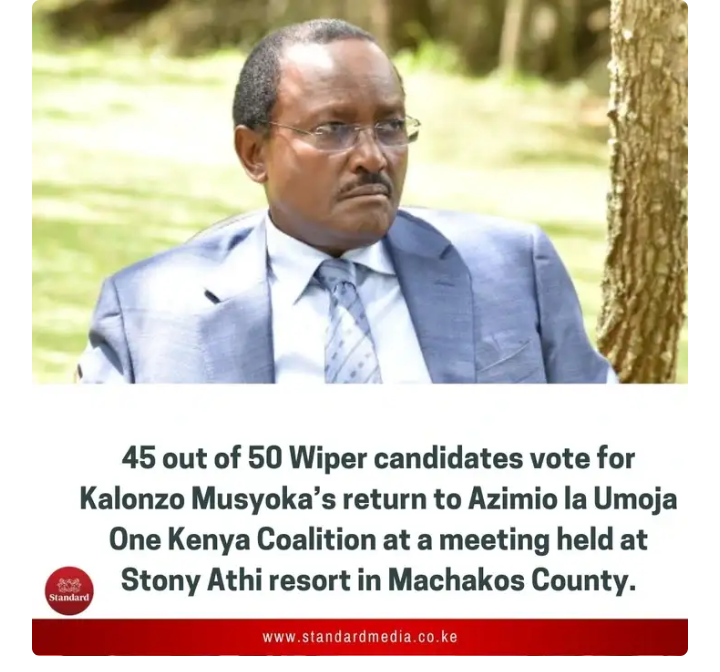 But in what has seemed as a sudden U-turn by Kalonzo's allies,there have been emerging reports that the Wiper boss may reconsider his move of going alone to the ballot and bounce back with a new political path that still seems unknown to many.

His close allies have opined that soon he jets back into the country from United Kingdom tour, Kalonzo will hold a mega political rally where he will eventually make his final and bold move ahead of August ninth. 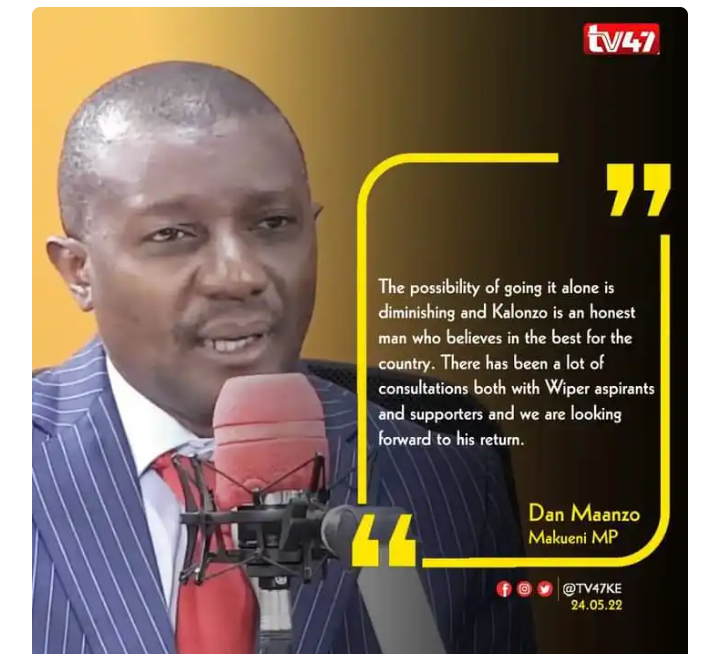 The only options left for the former Vice President are three.One,Kalonzo may stay put and go all the way to the ballot with a prayer that a presidential run off arises. He could join forces with either Azimio or Kenya Kwańza for the second leg of elections where his impact may be highly felt.

Two,he may rejoin Azimio and back Raila's presidential bid after a structured and precise power-sharing engagements where he will be certain on what the future holds for him within the jumbo political formation.

Lastly,Kalonzo may opt to do the unexpected by joining forces with Deputy President William Samoei Ruto and Kenya Kwanza. Infact his Lower Eastern support base could be a great spice in this regard. In this final scenario,this newfound political partnership could deal a devastating blow to Raila and the Azimio brigade. 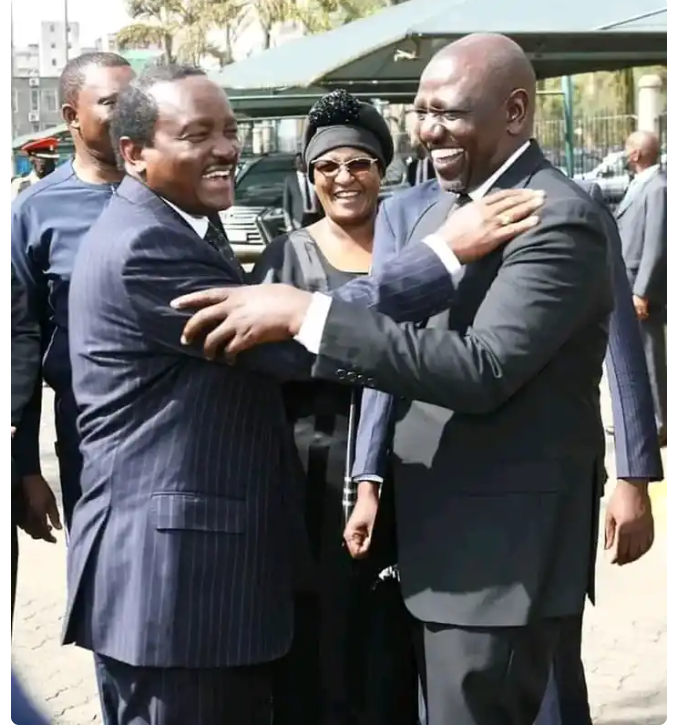 Considering the above three moves that Kalonzo may take,his looming pronouncement is being waited anxiously by Kenyans as it would occassion another political earthquake in Kenya.