A few weeks ago, Hon. Moses Wetangula was chosen as the new speaker of the national assembly. This directly resulted from voting for President William Ruto in the 2022 election. Wetangula joined Mudavadi in pleading with the Western bloc to back Ruto's candidacy. 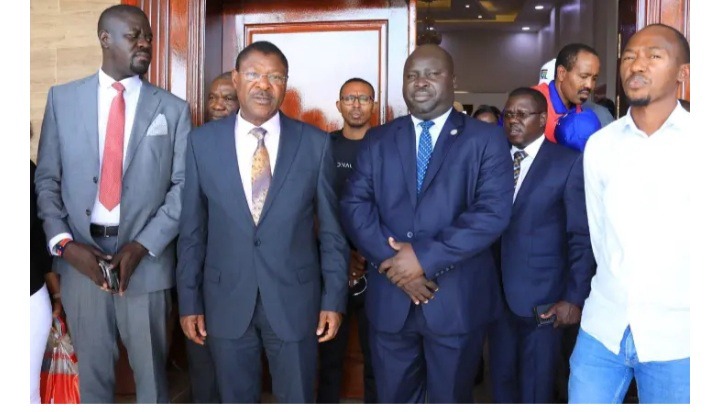 Wetangula has never left the country since he became leader. He has devoted much of his time in the legislature to serving his country.

Reliable reports indicate that wetangula, the speaker, is currently out of the country. On Thursday night, he left for his first trip abroad.

When Wetangula heard that the East Africa Inter-Parliamentary games would be held in Juba, South Sudan, he made plans to be there immediately.

"In Juba, South Sudan, for the East African Inter-Parliamentary Games, is Moses Wetangula, the speaker of the National Assembly.

Kenya is one of seven EAC countries participating in this year's EALA Games, which promote parliamentary diplomacy between nations.

Wetangula has been in office for how long; how would you rate his performance thus far?