Mizani Africa has been one of the busiest pollsters over this campaign period. The company has majored on the Presidential race, the three county races and the Parliamentary Seat races. All these in a bid to try predict who among the many aspirants in different races stand bigger chances of winning the 2022 August polls. The gubernatorial races across the country have turned into more of a coalition race than a party race, with each Coalition backing one candidate for a gubernatorial seat. Except for a few Counties where aspirants from different Parties belonging to same Coalition have failed to reach a consensus on whom to back. However, the race in many Counties has turned into majorly a Kenya Kwanza Vs Azimio la Umoja races. 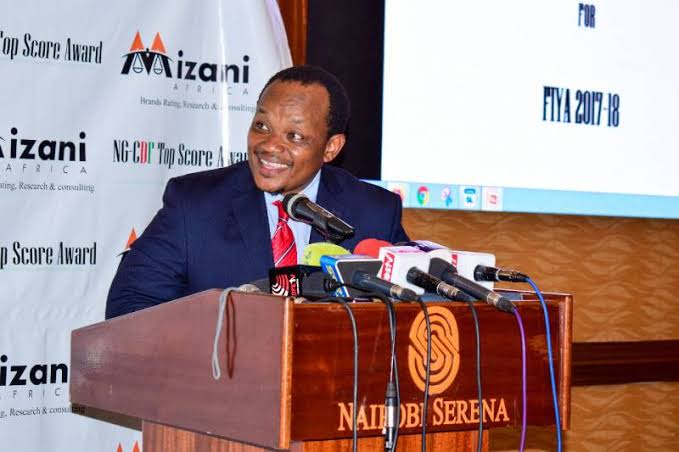 This week, Mizani Africa conducted gubernatorial opinion polls in nine different counties and here are the results and which coalition has more out of the nine counties.

In Kericho County, Kenya Kwanza's UDA candidate Erick Kipkoech is the most popular Gubernatorial candidate ahead of Samuel Rotich and Elijah Kirui. 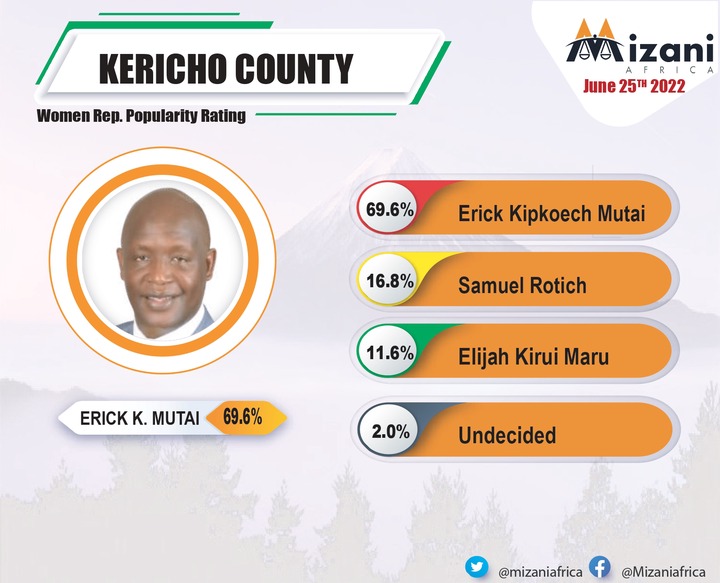 Kiambu is one of the few counties where aspirants from the same Coalition have failed to reach a consensus on who to back. But still, Kenya Kwanza has the lead in the county with Wakenya Tujibebe's William Kabogo being the most favourite candidate. Wakenya Tujibebe is a member of the Kenya Kwanza Coalition. In West Pokot, incumbent Governor John Lonyangapuo is favourite to win a second term in office. Lonyangapuo will be flying his KUP Party ticket which has been an ally to the Azimio la Umoja One Kenya Coalition Party. 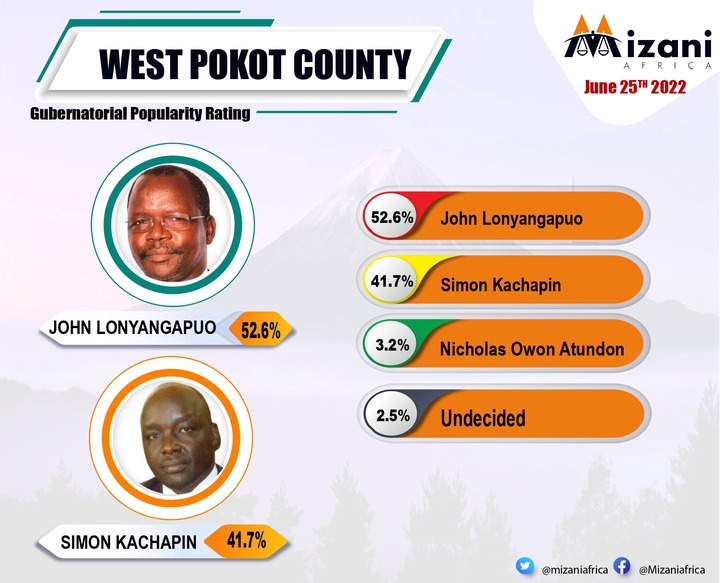 In Kakamega County, ODM Gubernatorial candidate Fernandes Barasa is the most popular candidate as per this week's poll by Mizani Africa. ODM is a major stakeholder in the Azimio la Umoja coalition. Mohamed Adam Khalif of UDM is the most favourite gubernatorial candidate in Mandera County. UDM is a member of the Azimio la Umoja coalition. 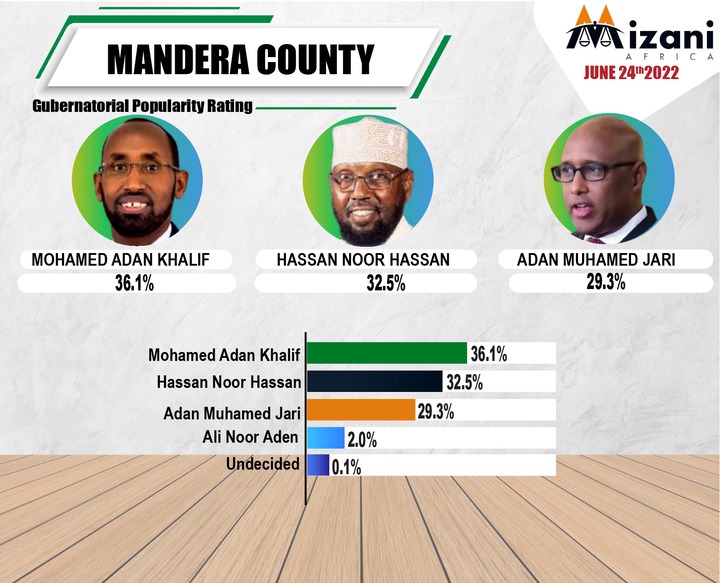 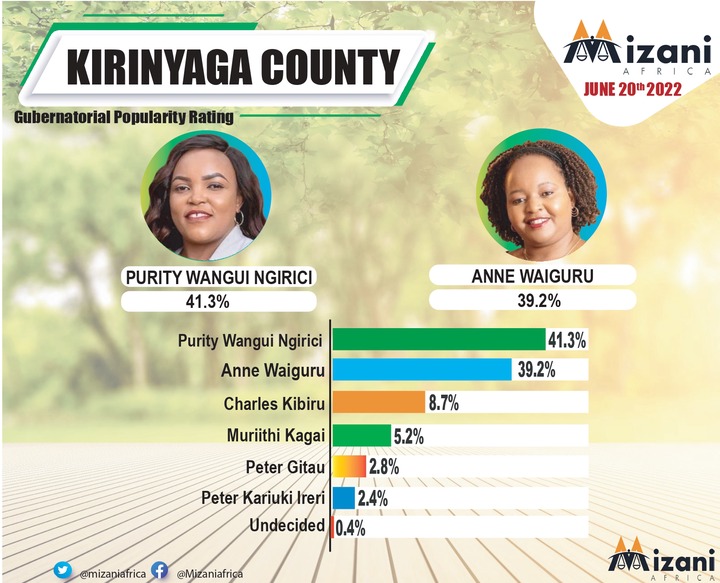 Governor Anyang' Nyongo is by far the most popular Gubernatorial candidate in Kisumu County. Anyang' Nyongo's party ODM is a Member of the Azimio la Umoja coalition. 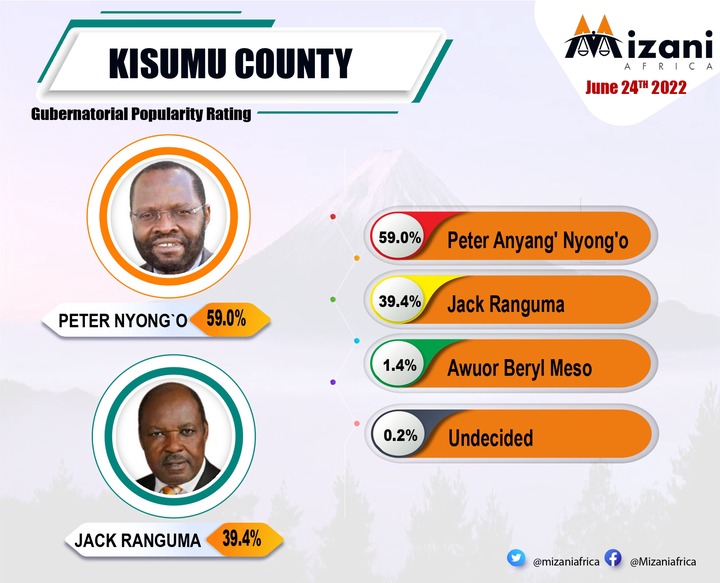 ODM's Ochillo Ayacko is the most popular Gubernatorial candidate in Migori County ahead John Pesa. As I had mentioned earlier, ODM is a member of the Azimio la Umoja coalition. Barcelona Are Close To Snatching Another Player From London Club Chelsea