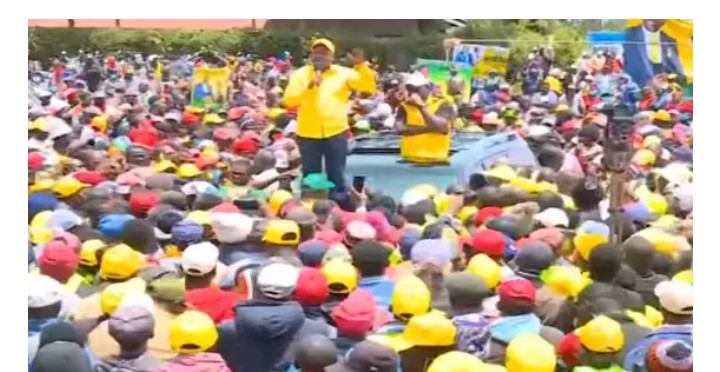 Honorable Amason Kingi, the governor of Kilifi County, has enraged the public. This comes as Deputy President William Ruto tours the region, attempting to publicize the UDA party and sell his bottom-up economy manifestos as well as his presidential bid in 2022.

Amason Kingi climbed on top of dp Ruto's car in a video broadcast on a writer's youtube channel. And he did some press ups, which caused the crowd to erupt in applause. This occurred in front of Deputy President William Ruto, who was taken aback by Kingi's conduct.

Honorable Kingi proceeded to do press ups while the residents cheered him on. Dp Ruto joins them in their laughter.

Amos Kingi promised the kilifi residents that he is still fit and ready to remain in the office as the next kilifi county governor. And he will deliver to the people of kilifi, by building hospitals, health centers and Schools. On the other hand, Kingi is facing stiff competition from Kilifi UDA gubernatorial aspirant honorable Aisha Jumwa. 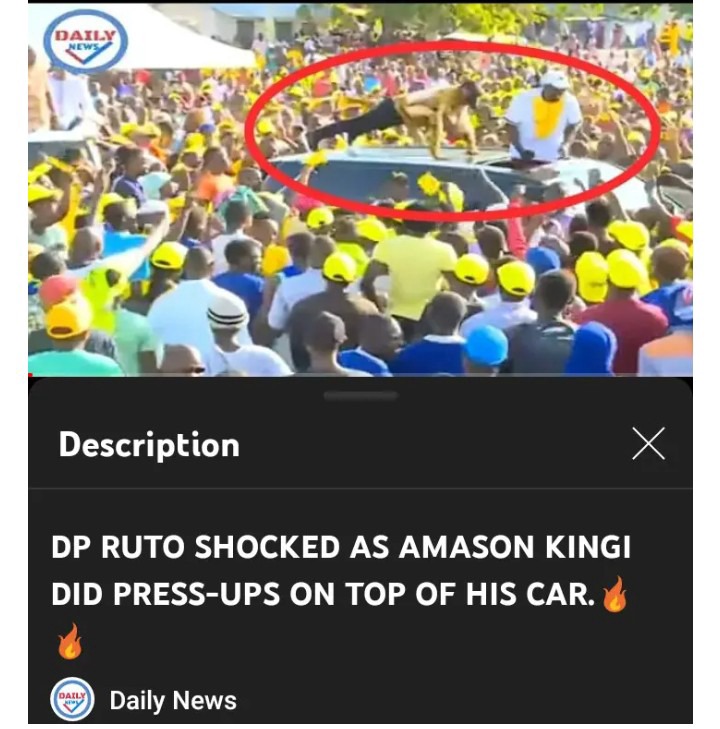 On the other hand, ODM leader Raila Odinga did not choose a female running mate because he admires ladies, but for another amusing reason, according to DP William Ruto. 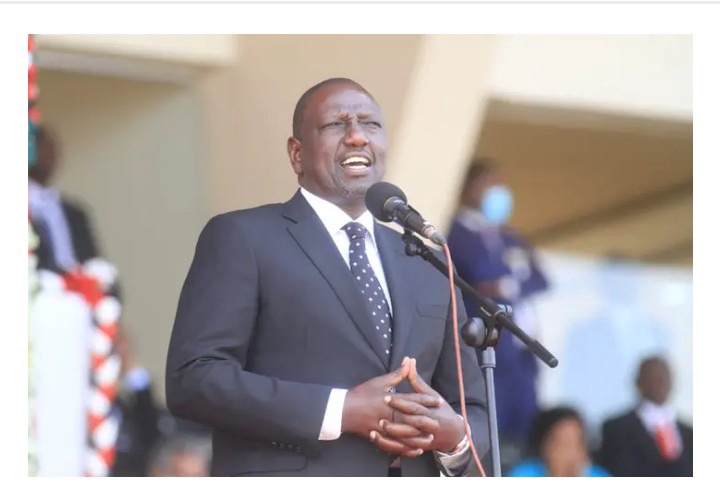 Raila has chosen Narc Kenya head Martha Karua, posing a challenge to Ruto's sustained dominance of the Mt Kenya area and its vote, according to analysts.

Despite the perception that Raila was attempting to elevate women and recognize their leadership, Ruto claims that Raila just chose a female deputy from a pool of candidates.

He thinks Raila was copying his notion about Mama Mbogas and misinterpreted it to mean he needed one woman on his squad to represent them.

"Raila overheard us discussing Mama Mboga and mistook us for one woman. Because they (Azimio) have nothing original," he said on Wednesday, reports The Star. 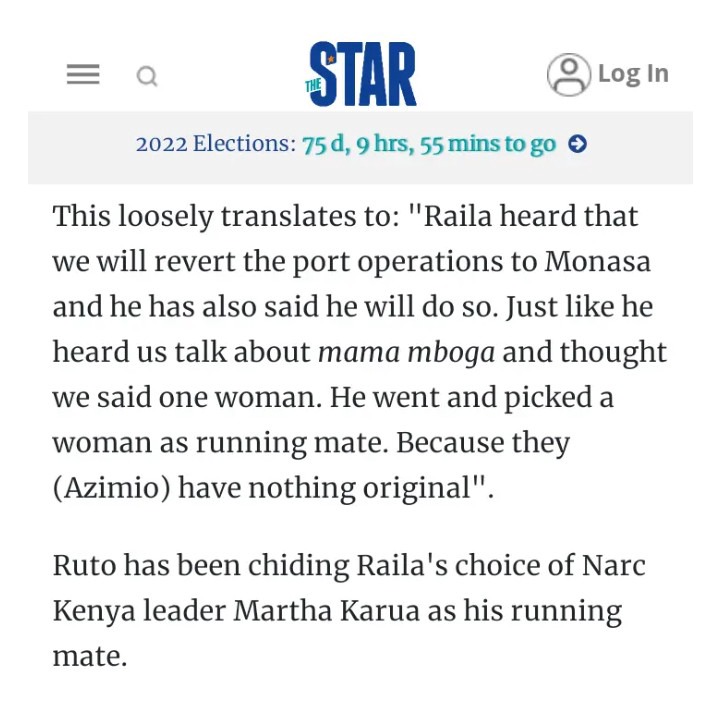 The Second in Command made the remarks when he took his campaigns to Mombasa County, which is considered largely a Raila bedrock and stronghold.

He warned Kenyans against giving Raila a chance to lead them, claiming that unlike him, who has an agenda, the former Premier has nothing at all.

He also alleged that Raila is merely a project of some powerful people who, instead of serving the people, will be following what's told to him by his bosses.

"The Whiteman says "he who pays the piper, calls the tune", do you think the 'project' can go against the master's words?" added the DP.

New Details Emerge Revealing The Cause Of Baby Muiriru's Death, His Cute Photos