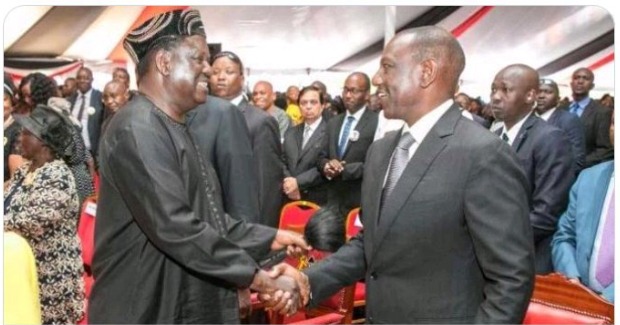 While Speaking during a tour in Nairobi County yesterday, The former prime minister Raila Odinga came out clearly and explained why he chased away Ruto during the grand coalition government.The ODM boss alleged that deputy Ruto's appetite for public resources was quite high, and he just had to let him out of the office in order to protect public resources, and that the DP did not have boundaries and that could often have his hand in the cookie jar, a situation that Raila found dismaying.

"Those that I gave a job and they stole. We chased them away and now they are thumping their chests. Rubbish," stated Raila.

The former prime minister further questioned where deputy Ruto gets his cash from, where he annually spend one hundred million shillings yet his total earnings is two million per month.He further claimed that Ruto is still into the habit which then led to his fallout with his boss President Uhuru Kenyatta.

"In a span of one year, he spends Ksh100 million in one year yet we know your salary is just Ksh2 million. Where are you getting all that money. We know you have stolen it," he added.

In 2011, Raila Odinga, who was serving as the Prime Minister, suspended two Ministers that is; Deputy President William Ruto who was in charge of the Higher Education docket and the then Agriculture Minister Sam Ongeri, for three months to pave way for investigations into their conduct before being fired.

The firing came after a report by the International Auditor General and PricewaterhouseCoopers (PwC) following investigations into the Ministries. At the time, Ruto was a member of Raila's ODM party.

In 2007, The DP was also caught in a post-election violence as he faced Crimes against humanity charges at The Hague-based International Criminal Court - ICC. The violence claimed over 1,300 people with over half a million others internally displaced.

The second in command has however on numerous occasions claimed that he helped Raila clinch the Prime Minister's job. 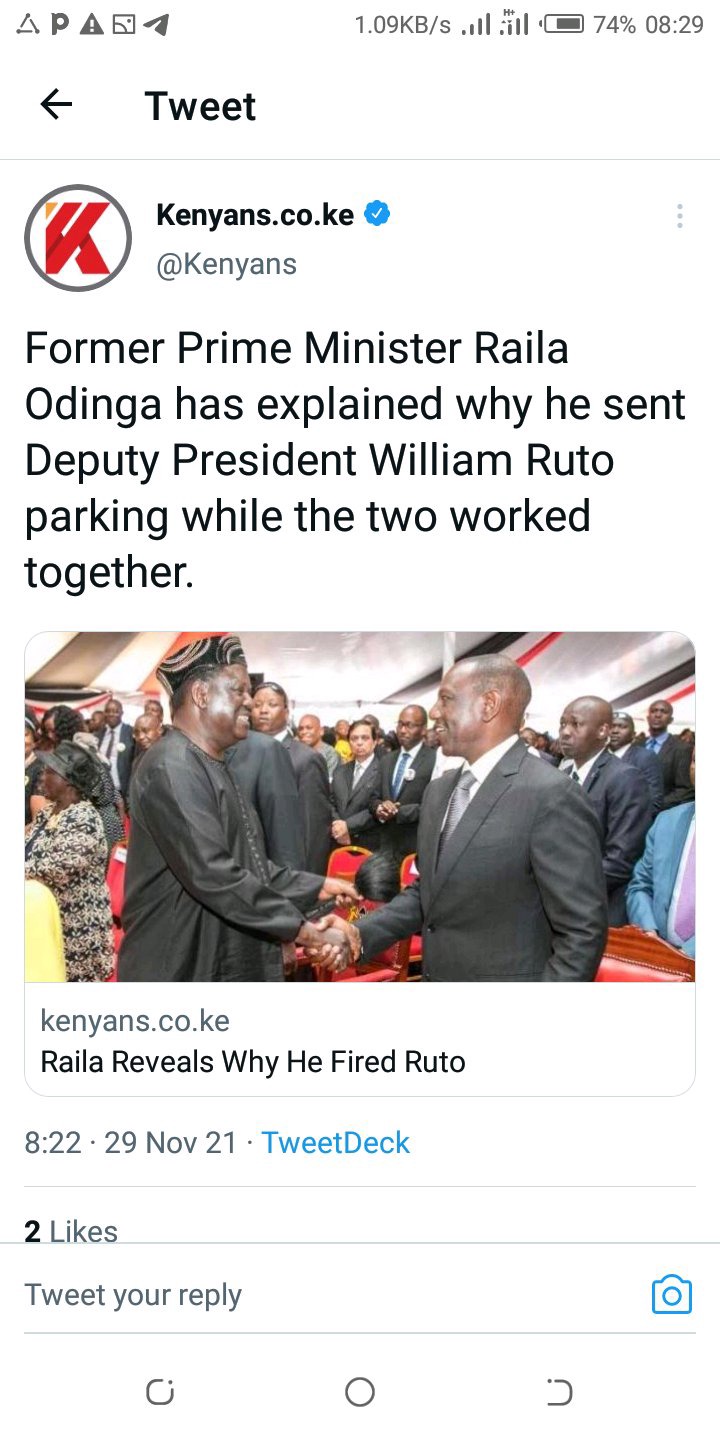 Why 2 Safaricom Officers Have Been Arrested

Just In: Kenyans Warned Over Terrorist In The Country Wants To Attack Nairobi, Avoid Gatherings