Nyong’o to Presidential Aspirants: In 1963 where were You?

By Oliver_Ochieng (self media writer) | 4 months ago 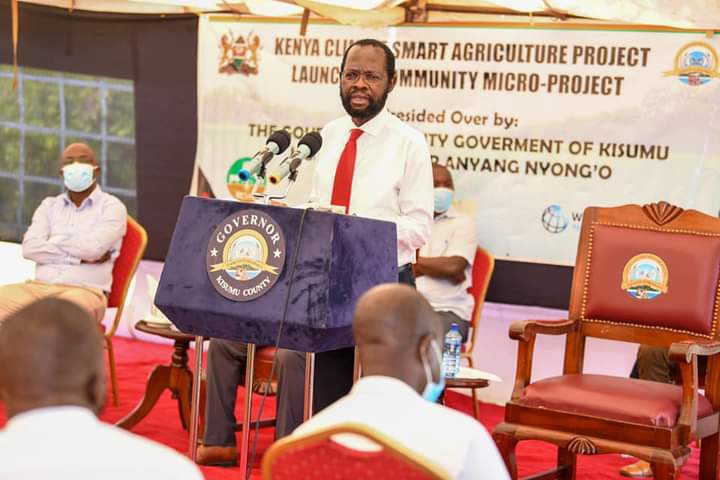 Kisumu governor Anyang' Nyong'o in the past. Photo/Facebook

Kisumu Governor Professor Anyang’ Nyong’o on Tuesday afternoon asked Kenyans to probe the history of every presidential aspirant ahead of the 2022 general polls.

Speaking in Ndakaini, Murang’a County during a function organized by artists to showcase their talents and appreciate the government for supporting their course, Nyong’o said the journey of liberating Kenyans did start yesterday.

He seemingly suggested that no tom, dick and harry should just come up and declare his/her interest in the presidency irrespective of the role one played in liberation of the Country.

Nyong’o went on to say that the person who is qualified to run and be elected next president is ODM Party leader Raila Odinga.

“As the governor of Kisumu County, I would like to assure you that Honorable Raila Odinga, from long time ago has fought for democracy in this Country so that all Kenyans can be free.”

IEBC Warns Candidates of Participating in Fundraising beyond December 9th