Another Mt Kenya Governor has today on Sunday announced that his heart doesn't belong to President Uhuru Kenyatta's ruling Jubilee Party and that he has decided to switch camps ahead of the upcoming 2022 Presidential election.

Speaking to the SundayStandardd, the Kieleweke Governor who has been an ally of Raila's 2022 Presidential Bid and the handshake deal at large said that some things in life are hard to execute but bearing the outcomes of the action, he had to quit the Ruling Jubilee Party Whose popularity has been dwindling. 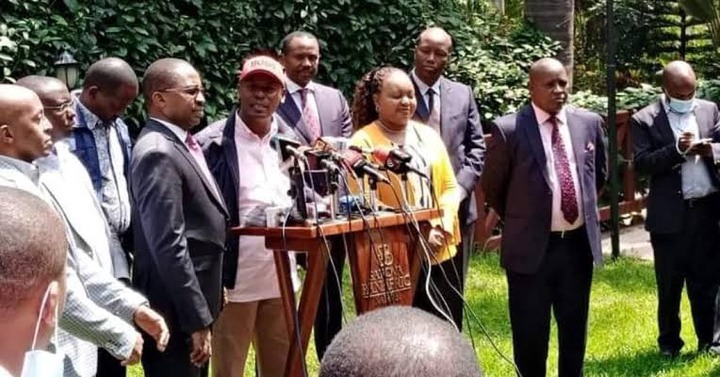 Disclaimer: Kindly Note that the above photo is only used for news reporting purposes only

At the same time, the Nyandarua Governor Hon Francis Kimemia has also reported after quilting the Ruling Jubilee Party, he has found a place where he can call home. And while he didn't reveal the exact details of the political party and the man behind that move, its claimed that he is one of the vocal Mt Kenya Governors who are being hunted by Deputy President Willam Ruto's side as a way of weakening Raila's Bid.

During last week meeting with other Mt Kenya businessmen, The Nyandarua Governor Openly disclosed that he even doesn't understand now and why Raila attracted large crowd within one day, after openly disclosing that he has been fearing that the ground is hostile. RIP: Photos Of Headteacher Who Was Found Dead Days After Going Missing

Why No Person Is Allowed To Visit The Snake Island

Opinion: Why Mt Kenya Might Be a Bit Uncomfortable Having to Choose from Either Raila or Ruto

Secret Facts about Bruce Lee which you might not know