You Saved Yourself The Shame And Embarassment, Havi Likes Chebukati's Decision To Step Down From EPC 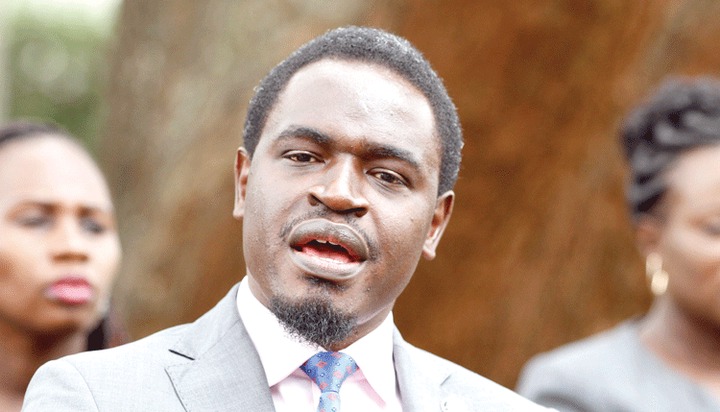 Law Society of Kenya (LSK) President Nelson Havi welcomed the decision of the Independent Elections and Boundaries Commission (IEBC) to step down from the planning committee for the 2022 election.

According to Havi, Chebukati's decision spared the president shame and embarrassment by stepping down from the committee formed to prepare for the 2022 elections.

Havi further stated that CJ Koome knew full well that it was illegal and unconstitutional for her to sit with the executive and interfere with the functions of the IEBC, but she doesn't care.

“A judge does not descend into the arena of conflict. It is a legal principle known to Chief Justice Martha Koome. She is aware that it is illegal and unconstitutional for her to sit with the executive and interfere with the functions of the IEBC but, like Kibicho, does not care, ”Havi said.

In a letter signed by President Chebukati and addressed to Principal Home Secretary Karanja Kibicho, the committee also withdrew from the Technical Working Committee (TWC).

“While we recognize that the success of the electoral process is largely determined by the engagement of stakeholders at all levels, we must respectfully point out that a number of terms of reference of the NMSCF and TWC have the net effect of violating the Constitution, claiming to direct the commission on how to discharge its mandate contrary to article 88 of the Constitution, ”the letter reads.

The IEBC's withdrawal comes days after Vice President William Ruto and CJ Koome, who chairs the multisectoral committee, clashed over his role on the committee.

According to DP Ruto, Koome shouldn't be on the squad because she's a referee. Ruto and his allies wanted Koome to renounce his membership in the technical committee on the grounds that it compromised his position as chief justice and president of the Supreme Court.

However, Koome mocked the critics and said she would not resign from the technical working committee on preparations for the 2022 general election.

The CJ said the independence of the judiciary is well entrenched in the constitution and cannot be removed due to its engagements with government agencies and politicians, in his capacity as chief justice.

Itumbe Locals in Shock After Body of Businessman, 62, Buried 1 Week Ago Exhumed Over Family Feuds