By Denniskinyua67 (self media writer) | 4 months ago 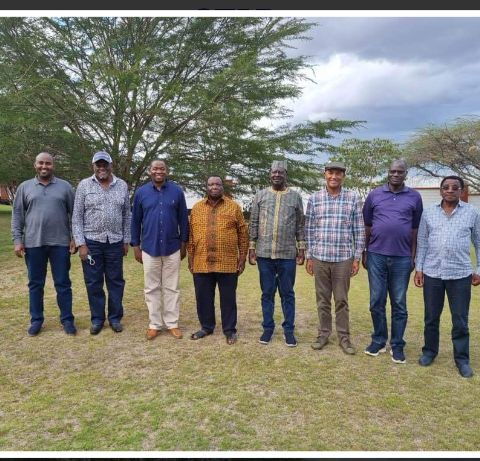 Earlier today Azimio la Umoja executives held an emergency consultative meeting that resulted in senior counsel lawyer Ahmednasir claiming that the meeting was called to discuss Ukambani kingpin's remarks; Kalonzo Musyoka after he said he would not play second fiddle again after playing it twice.

Francis Atwoli was forced to come clean on the agenda of the meeting held at his home in Kajiado where he dismissed claims of Kalonzo's failure of supporting Odinga in his quest for the nations top job. Rather he argued that the meeting was a consultative one and that Azimio la Umoja had all the numbers to win the general election.

On his side Kalonzo Musyoka; who is also a presidential hopeful dismissed claims that the presidential race is a two- horse race claiming that it was his time.

Content created and supplied by: Denniskinyua67 (via Opera News )