Raila Odinga, the leader of the ODM, now claims that his presidential campaign will be supported by Kenyans and that he will not be attempting to impose himself on them and on the hotly contested seat. 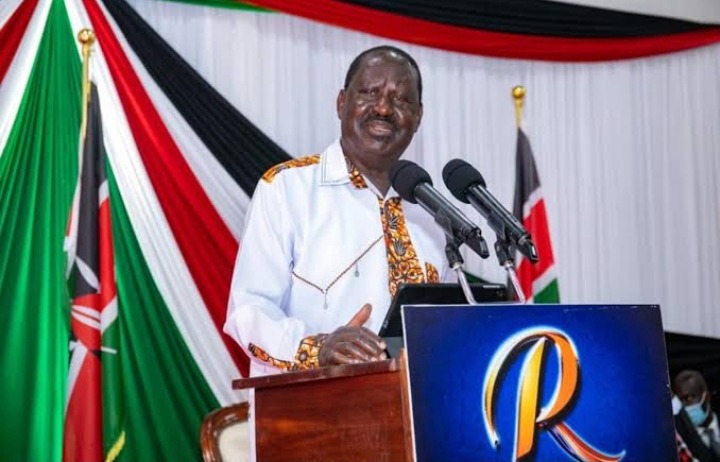 Some of his detractors, particularly those close to Deputy President William Ruto, have urged him to skip the 2022 elections, claiming that his four losses prove Kenyans do not want him as their leader.

But, according to the former Prime Minister, the same Kenyans have told him that they want him to succeed President Uhuru Kenyatta.

He claims that this is one of the messages he has been receiving as he travels the country drumming up support for his "Azimio La Umoja" initiative, calling it a "common request." 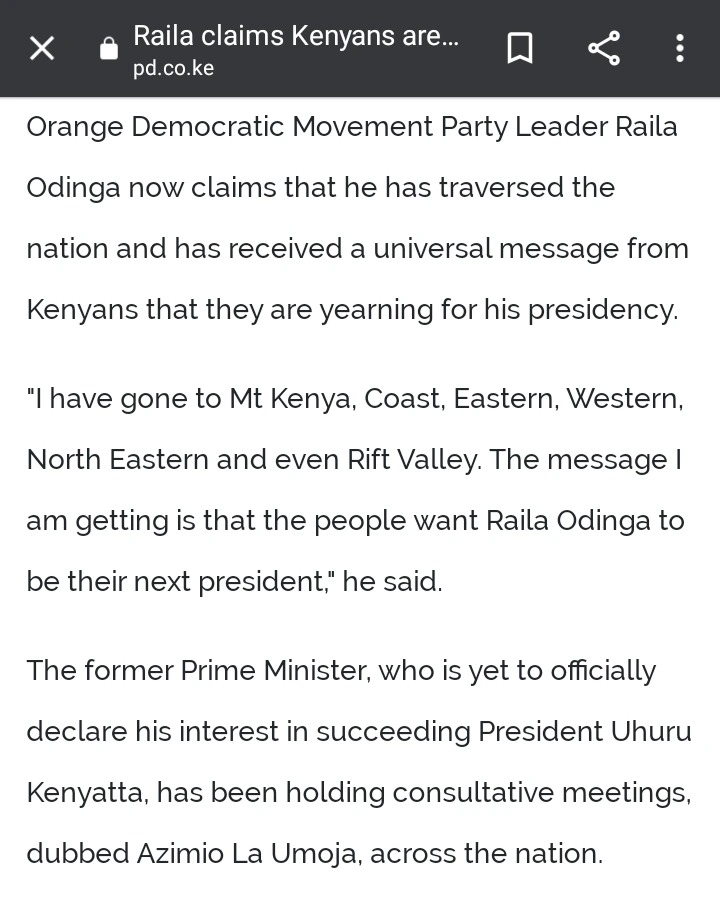 "I've visited Mt Kenya, the coast, the eastern, western, and northern parts of Kenya, as well as the Rift Valley. People want Raila Odinga to be their future president, according to the message I'm getting "The People Daily has quoted him.

However, some of his detractors, such as tycoon and other presidential hopeful Jimmy Wanjigi, believe that his age should be sufficient justification for him to step down and allow the younger generation to reign.

Ruto's supporters have predicted his demise if he throws his hat into the ring again, with the DP frequently claiming confidence in defeating him "early in the morning" on election day.

Raila, on the other hand, has yet to declare his candidacy, saying that he will only do so after consulting Kenyans. Before officially launching his efforts, he is likely to make the announcement later this month.