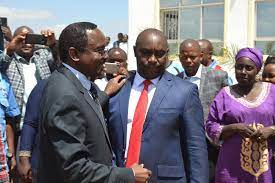 Kitui County Senator Enoch Wambua has claimed that working with Raila in the coming elections can not be ruled out, although he argued that for his Wiper party leader Kalonzo Musyoka to support Raila a third time in his presidential bid will not be a walk in the park.

Wambua was among Wiper MPs who warned the former Vice President against working with Raila, stating that it was his time to make another stab at the presidency in 2022 under the One Kenya Alliance.

Speaking with TV 47 on Wednesday evening, Wambua stated that he had informed his constituents that they were not going to work under Raila, and in case Kalonzo gives in and supports Raila, he will seek guidance from his electorates.

"As Kitui Senator, I do not support Kalonzo backing up Raila. But in case he does, I will go back to the people of Kitui and ask them the route they want us to take, and what the say is what I will do," said Wambua.

He further revealed that within the next two weeks, the four principals of the OKA team will hit the ground running for the presidential campaigns before settling on their flag bearer. 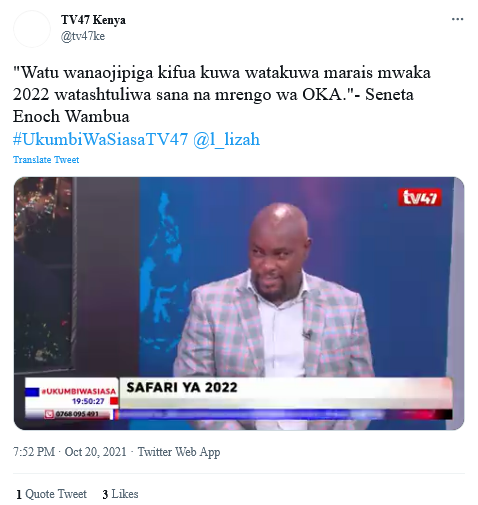