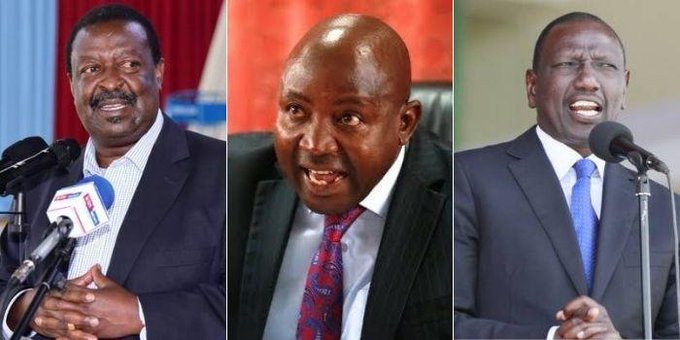 The OKA principals are busy preparing for the next election in 2022. The four leaders have been endorsed by their political parties to vie for Presidency. The alliance has not come up with the presidential candidate who will represent the rest. Absence of the flag-bearer in OKA has opened the door for other leaders to interfere with the operations of the alliance.

Speculations have been raised stating that there are secret spies in OKA. This has threatened the unity of the alliance. ANC party leader has suspended his close ally for his remarks on how Ruto is funding some leaders to reveal OKA secrets. From the statement given, MP Savula stated that there are members who are given Ksh50,000 every by DP Ruto.

Musalia Mudavadi has listed new leaders of ANC party. Lugari MP Ayub Savula who has been purported to be deputy party leader has been left out. According to Mudavadi, people should ignore the utterances made by Savula last month.

"Utterances by persons purporting to hold office and therefore speak for and on behalf of the party should be largely disregarded by the media. By this notice, we abrogate all utterances stated by Hon Ayub Angatia Savula in a purported capacity of deputy party leader"- Mudavadi stated

Kalonzo Speaks on Musalia's Union With DP Ruto, Begs Wetangula to Come Back

Grandfather hit son, 7, daughter, 14, and injures two neighbours before killing self by suicide

Dramatic Scenes As 3 Suspected Thieves Cornered By Residents Of Kericho

Jubilee Will Go Down Soon, The Time Has Come To draw The line And Join UDA - Didmas Barasa.

Ruto, Mudavadi and Wetangula Set to Visit This County Tommorow For a Common UDA-ANC Political Rally.