Didmus Barasa, a member of parliament from Kimilili, has once more attacked former prime minister Raila Odinga, who is running for president of Kenya on his fifth attempt. 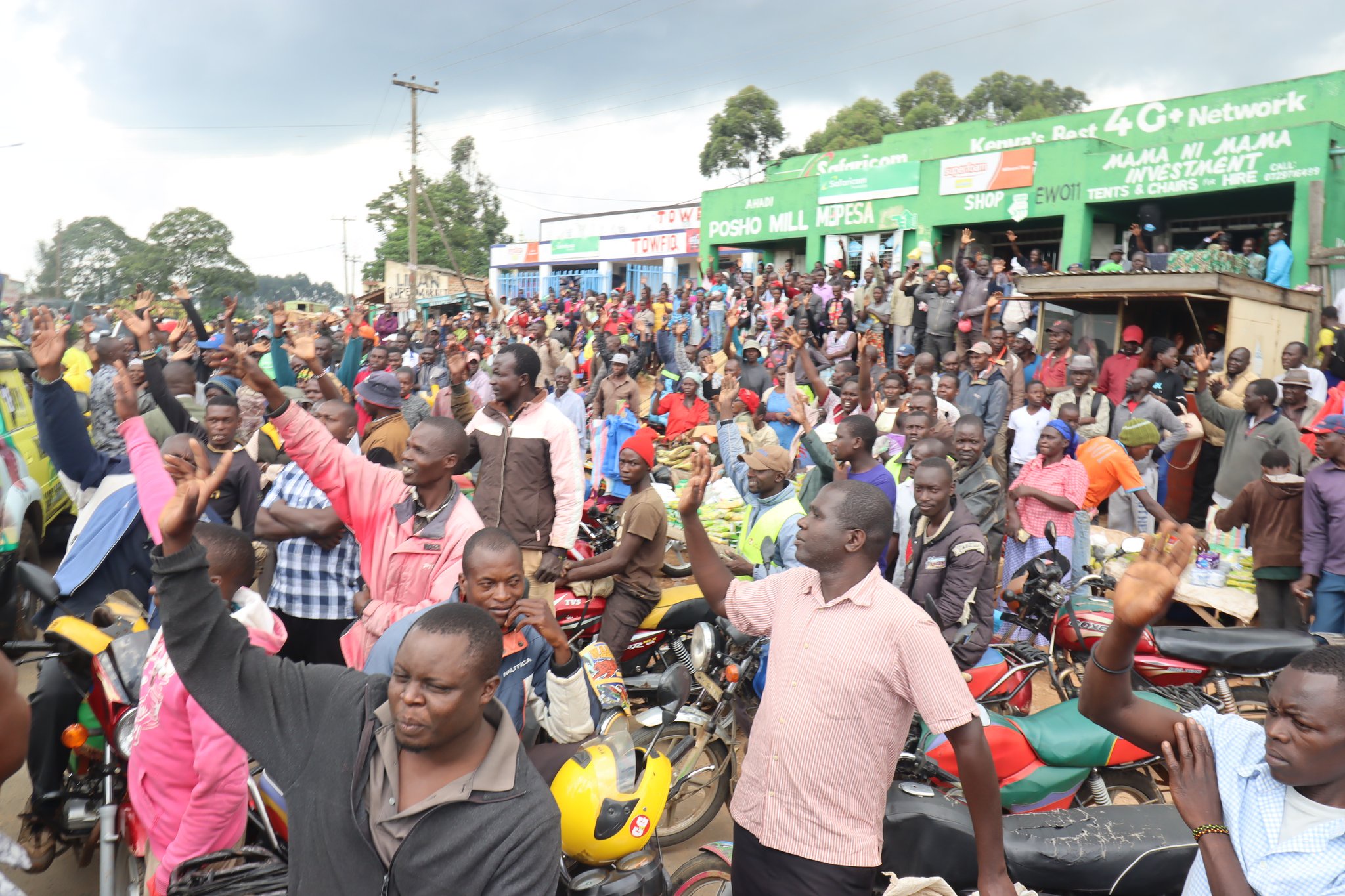 He made this remarks in Kapsabet Town On Saturday while rallying support for William Ruto, the Kenya Kwanza presidential candidate. 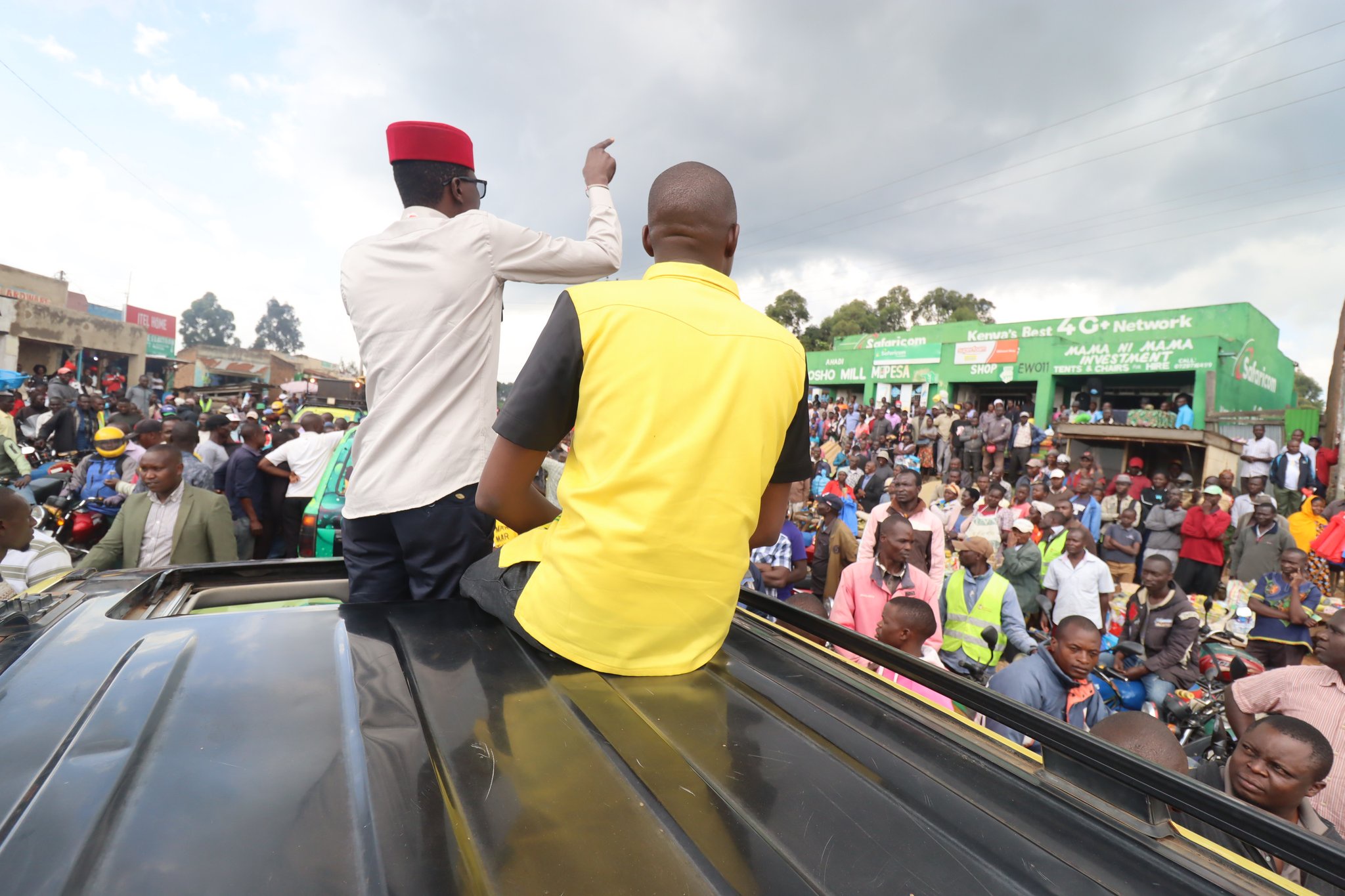 Asserted if the Rift valley residents fail to give Ruto enough seats in parliament then he will be forced to do handshake with Raila Odinga.

"I have been sent by William Ruto and Mudavadi to remind you that in 2007, Kenyans voted for Mwai Kibaki but denied him seats in parliament. Kibaki was forced to seek the help of Kalonzo Musyoka by making him the vice president but still Raila had numbers in parliament," Said Didmus. 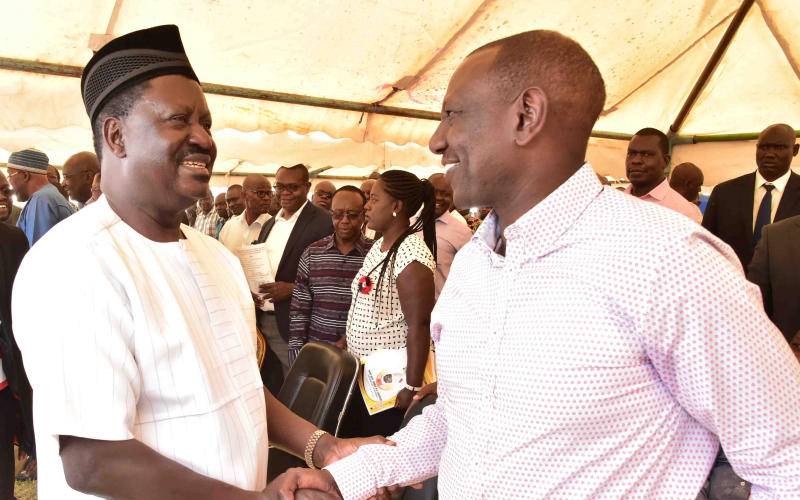 "Here in Rift valley, we are sure of 70% but don't make a mistake of voting for Independent candidates. They are like vehicles with no number plate. Give Ruto enough seats in parliament or he will be forced to look for Raila Odinga to have a handshake with him," He added. 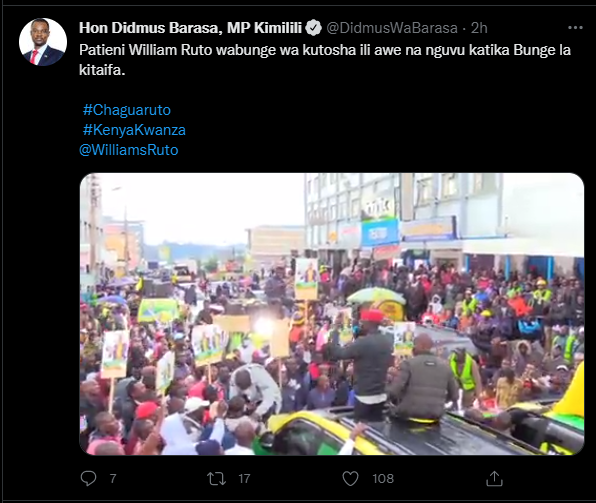 The lawmaker also stated that the leader of the Azimio tribe had attempted to lead the nation for almost 20 years, but God had rejected him. According to Barasa, God chooses leaders, so Kenya's former prime minister is not suited to hold the office of president.