By DailyDigitalJournal (self meida writer) | 26 days

The current president of Kenya Uhuru Kenyatta served as the Finance Minister from 2009 to 2012. Here some of his forgotten achievements during his time as finance minister. 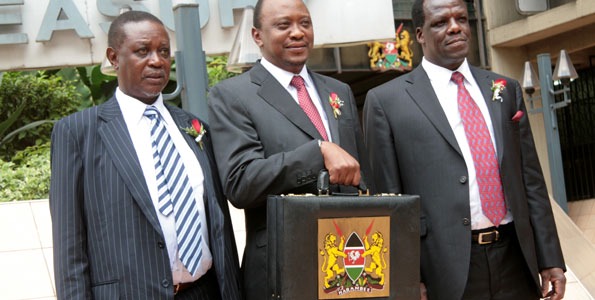 During his reign the son of Jomo spearheaded for a number of reform measured that changed how the goverment and treasury by extension transact daily business such as the integrated Financial Management Information System and funded for the inclusion of the informal sector in the mainstream economy.

Kenyatta also oversaw unpresented spending on infrastructure. In his budget speech and allocation for the fiscal year that ended in June or 2010,he allocated 182B or 18% of total government revenue spending plan on road, railway and energy projects.

He also suggested that ministers and high ranking goverment officials downgrade to vehicles with lower engine capacities and mooted the idea that Parliamentarians should pay taxes.

Though his tenure lasted for only two years, the few achievements and capabilities that he showcased convinced Kenyans to vote him in in 2013 as their president amid International Criminal Court charges against humanity.

Cannabis [Bhang] to Become a Cash Crop in This African Country; After Gaining Market In Europe

Foods that Gradually Damage Your Brain