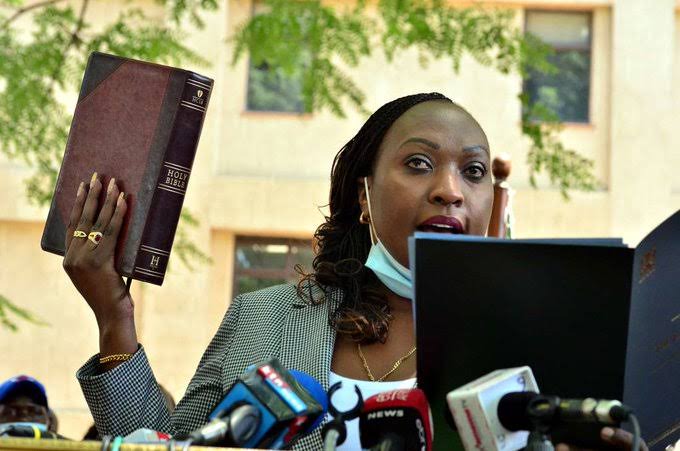 It has finally been confirmed that the acting Nairobi county government governor Anne Kananu Mwenda will be sworn in on November 16th.

This has been confirmed by the Judiciary after the committee on Assumption of office manager to secure a judge who will officiate the high profile event.

“Miss Ann Kananu is scheduled to be sworn as the City-County Governor on November 16 at the Kenyatta International Convention Centre, COMESA grounds at 10 am. Kindly designate a judge of the high court to facilitate the administration of the oath,” the letter read in part. 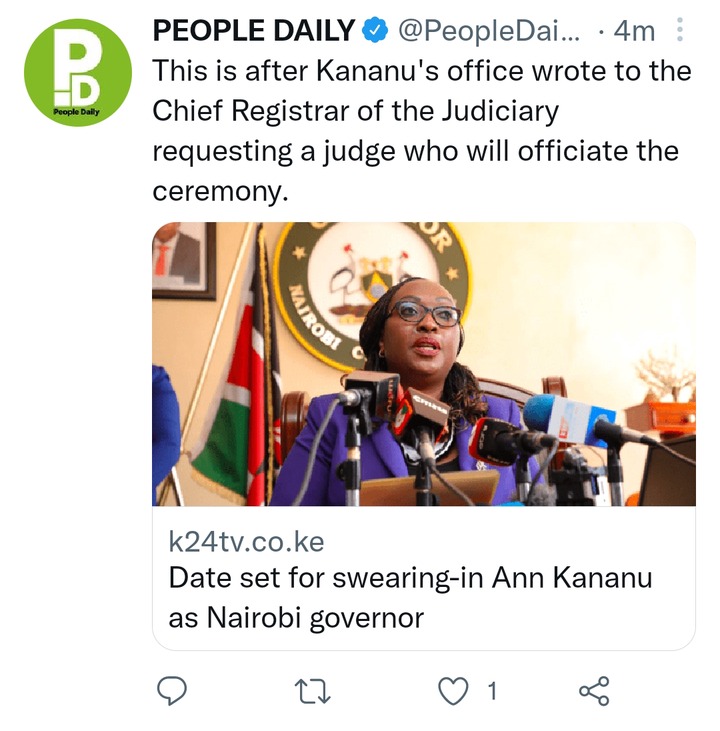 This comes weeks after a similar event which had already been organised was forced to be postponed following an injunction that the former governor Mike Mbuvi Sonko had gotten at the Supremes Court.

On October 22, 2021, the Court of Appeal had paved way for the swearing-in after it dismissed a petition filed by the former governor.

Mike Mbuvi Sonko was however defeated at the Supreme Court after it emerged that his appeal had not been properly served since the case was still at the Court of Appeal awaiting hearing and determination.

Anne Kananu Mwenda becomes the third governor of Nairobi after Mike Mbuvi Sonko who had taken over from the first Governor Evans Kidero.

Nikita Kering to Compete with Diamond, Zuchu and Harmonize among others in Atlanta.