By Digitalqueen (self media writer) | 8 months ago 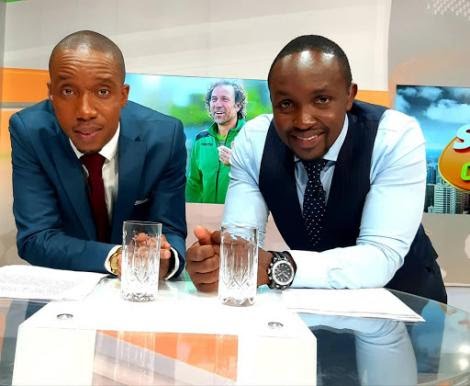 Mugambi was advising viewers on the status of the event at the stadium's entrance when he was abruptly interrupted by fans who were overjoyed to see him."Is it you who I normally see on TV? Please accept my greetings. How are you doing, Francis Gachuri?" One of the supporters, who appeared to mix up Mugambi with reporter Francis Gachuri, inquired.

On the entrance of supporters, the acclaimed reporter was compelled to cut short his analysis in order to calm the followers, who were ostensibly aware that it was a live TV session.Mugambi, who was enjoying the moment, also gave one of them the opportunity to speak and express his expectations for Odinga's event.

In the same occasion, ODM supporters greeted rising TV reporter Samuel Letoo with the same euphoric response, shouting his name from the enraged audience.His supporters hoisted aloft a neatly produced poster having the names 'STEPHEN LETOO' and a clock-print bearing the Citizen TV emblem in the middle.Letoo is recognized for covering breaking news, and he has been linked to some of Kenya's most tumultuous political protests, such as the weekly demonstrations staged by Raila Odinga's National Super Alliance coalition after the 2017 elections.

Letoo was also injured in a scuffle between police and media at the Jomo Kenyatta International Airport in 2018 during the deportation of lawyer Miguna Miguna, along with other journalists. 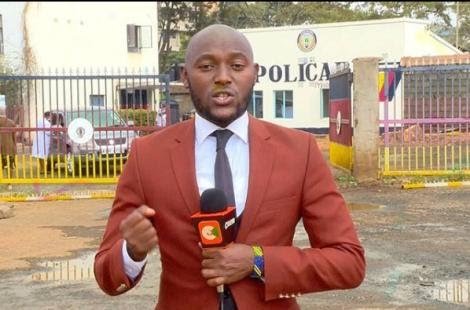