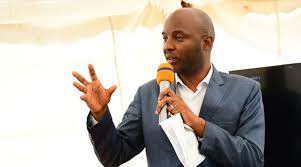 Murang’a senator Irungu Kang’ata could be smiling all the way after it emerged that the ‘marriage’ between Uhuru Kenyatta and Raila Odinga had finally hit rock. Sourced placed close to Raila Odinga intimated this week that the former premier was unhappy on how Gideon Moi’s entry into the 2022 politics was being handled.

Kang’ata today has however revealed that everything is not okay between President Kenyatta and Raila Odinga. He made the revelation today after Raila Odinga was a now show in Kibra where he was expected to address thousands of his supporters.

Kang’ata’s revelation comes only months after he wrote a detailed letter to Uhuru Kenyatta expressing his concerns about the BBI document and its popularity in the Mount Kenya region. According to Irungu, only a handful of residents of central Kenya were in support of the BBI which is an initiative of President Uhuru Kenyatta and former Prime Minister Raila Odinga.