"They Have Already Decided Who Will Rule Kenya in 2022," Orengo Decries

By Maverick_Ke (self meida writer) | 1 months

A close ally of the former Prime Minister Raila Odinga,James Orengo, has come out tongue blazing and slamming cliques occupying The Harambee House.

The senator has alluded that there's an alleged plot hatched to sideline his party leader Raila Amolo Odinga from the BBI process and the 2022 succession politics. 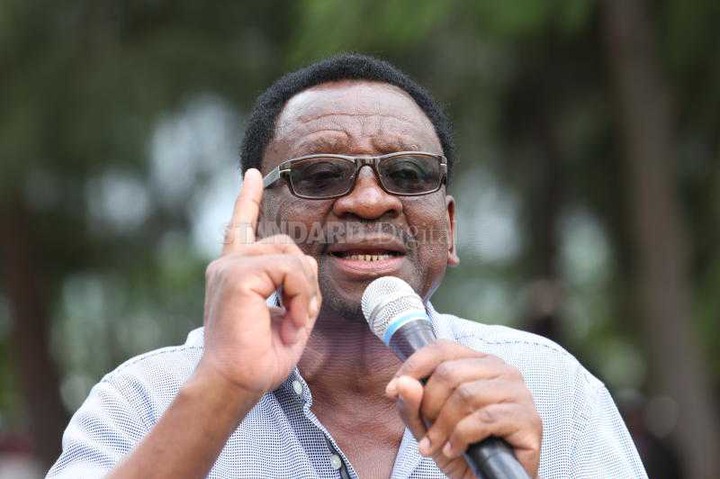 According to him, the alleged individuals are busy working hard to determine who'll be the country's president come Uhuru's retirement next year.

"We've all seen what has happened in Matungu and Kabuchai among other areas across the country, that's not a definition of free and fair elections," he said.

" On election day, there should be peace in it's entirety. Harambee house likes condemning politicians, today I'm taking the blame to them," he added.

A bitter James cautioned the said civil servants from meddling into the country's politics warning that this could result to anarchy.

"Everytime civil servants try to dictate the destiny of a nation for their own private interests, they evacuate peace. I will expose them soon," said Orenghe outspoken senator as he threatened to expose them soon.

"This people have already declared in their heads who's going to rule Kenya next year and I'm telling you that you're reaping where you haven't sown. " he concluded.

Zora And Simba Stir Reactions From Fans After Their Photo Surfaced Online.

Sometimes Ladies Are The Problem. Here Are Some of The Reasons Why Men Cheat.

Simple Ways To Make Someone Fall Deeply In Love With You Without Too Much Struggling.

CS Magoha Reveals When Schools Will Open For Third Term

Ladies: Foods That Can Make Your Periods Heavier.