Revealed: Alleged Plan By ODM To Lock Out Other Presidential Hopefuls In The Party

By Mkenya.com (self media writer) | 20 days ago

The ODM party is allegedly planning to lock out other Presidential candidates within it's party in favor of their Leader, Raila Odinga. 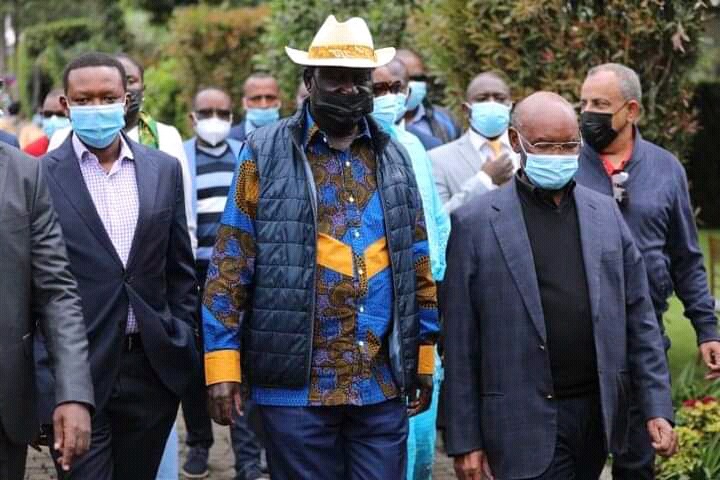 According to Blogger Denis Itumbi, 'the Opposition party together with the National Elections Board had sent out a notice declaring the commencement of the process of ODM nominations on January 21st 2021. The deadline for the exercise was set to be February 26th before being extended to 31st March.' Read the full post on this link: https://www.facebook.com/1485050332/posts/10227874625079433/?app=fbl

In a past interview, Oparanya, publicly requested Odinga to support him back alleging that he had stood with the party boss for a very long time. Wanjigi, recently, stated that he 'housed Odinga for a whole week after the 2017 botched swearing in ceremony'. Kingi, Joho and Kibwana have a belive that their regions have always stood with Raila.

Odinga is yet to put the record straight on whether he will be on the ballot. Sources, However, indicate that he is being favored by Uhuru to take after him.