Renowned Kenyan lawyer Ahmednasir Abdullahi has congratulated the deputy president of Kenya, honorable William Ruto who launched or rather revealed his manifesto ahead of the oncoming General elections. 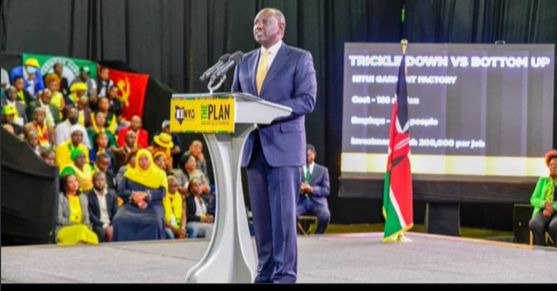 According to the reports given by Nasir, he claimed that the former prime Minister of Kenya and Orange Democratic Movement party leader, honorable Raila Odinga along with his running mate and NARC party leader were not clear enough on what they were saying.

With this in mind, ahmednasir has claimed that some of his friends who support the Azimio La Umoja have called him approving the manifesto of the deputy president of Kenya. In his post, he said that they claimed that this was a game changer.

While reacting to his post, kenyans who took to their different social media accounts to express their opinions and suggestions on the matter have called him out claiming that he is playing his cards in order to get more votes for the deputy president of Kenya.

Additionally, kenyans have urged him to stay out of politics due to the fact that he is a lawyer who should be involved in only dealing with law and not other things. For these kenyans, they claimed that it was so unfortunate that the lawyer is using his social media to criticize Raila.

4 Counties That Might Make Raila Odinga The 5th President