Why UDA Party Is A Force To Reckon Come 2022 Elections

By Vansikoy (self meida writer) | 1 months 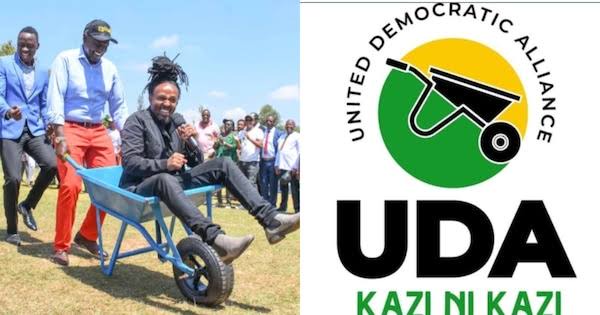 For some time now the UDA party has proved to be a strong contender for the electoral seats in the recent elections where they have managed to clinch some of the positions.

From Msambweni to now London in Nakuru, it's the UDA representative being elected yet it was just formed this year 2021 and it's highly associated with Deputy President William Ruto whose slogan has been the hustler.

Since its inception in January, many had predicted that Dp Ruto was falling apart with Jubilee and this was his official party come 2022 due to the presence of many of his allies.

These are some of the reasons they will be a storm come 2022 that other players need to worry more about.

Being a party associated with hustler vs Dynasty narrative it has become more popular among Kenyan within the shortest time possible that if they can capitalize on that then they can reap many seats. At one point there was a suggestion to illegalize the name hustler and dynasty but discussions were diminished after Raila cautioned it might fuel hatred.UDA will be enjoying the hustler perspective come 2022 even their symbol is a wheelbarrow and this they can use to their advantage considering that many Kenyan's are unemployed.

Having clinched positions in places where it was deemed strongholds of ODM for example Msambweni where even Raila claimed that election was a litmus test for them shows they are appealing on the ground.

The moment when they fielded a candidate for the Nairobi governorship previously it was followed by the appointment of Anne Kananu as deputy governor which nobody saw coming. This was alleged to be a plan by the deep state to avoid the embarrassment of losing elections after UDA selected a strong competitor.

What's your opinion on the popularity of UDA after winning the London ward seat?

Content created and supplied by: Vansikoy (via Opera News )