- Kalonzo Musioka is in Mombasa county to drum up support for Azimio La Umoja One Kenya aspirants.

- He say he doesn't want UDA to defend him. 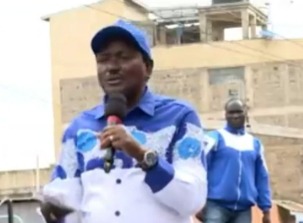 The Wiper Leader Kalonzo Musioka is currently in Mombasa county drumming up support for the Azimio La Umoja One Kenya aspirants.

Kalonzo team are still calling for Azimio-OKA presidential candidate to pick Kalonzo Musioka as his running mate in the coming polls.

Kalonzo says that people are telling him that he deputiesed Kibaki and has been Raila's running mate two times.

"The people are telling me...you have been Kibaki's Vice President and Raila's running mate twice. Then why should I be interviewed for the same post?" He said.

However, Kalonzo has hit out at the United Democratic Alliance UDA party detailing they shouldn't defend him.

UDA brigade, led by its boss the Dp William Samoe Ruto had for the better day of yesterday told Azimio that subjecting Kalonzo to an interview is deeming, humiliation and lack if respect to a person of his status.