By All_News-ke (self media writer) | 1 month ago 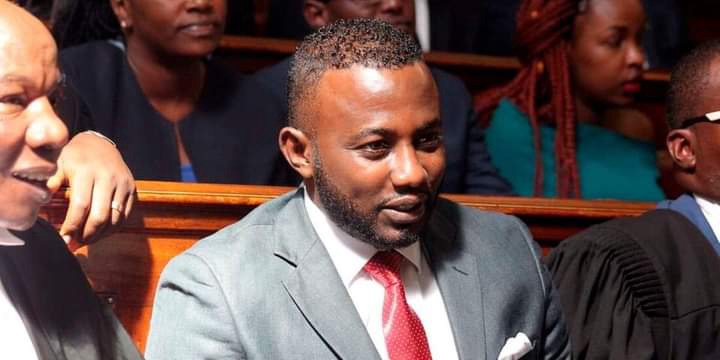 A woman is nursing injuries after allegedly being shot by senator Anwar Loitiptip and Kenyan police officers are on hot pursuit of the said senator from Lamuwho has reportedly gone into hiding. The senator is reported to have shot a woman in Nanyuki town before going for a run . 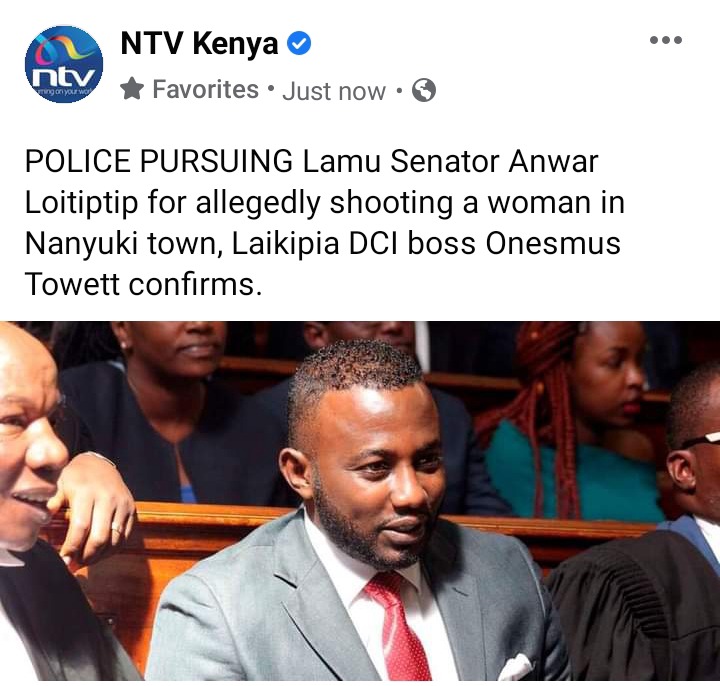 The senator is alleged to have drawn a gun at the woman before firing. The woman is reportedly hurt but is being attended to.

Senator Anwar Loitiptip claimed that his acts was because of self defense after a confrontation with the woman. This occurred after a quarrel between the two. The incident occurred in a Nanyuki hotel where the senator is believed to have been staying at. 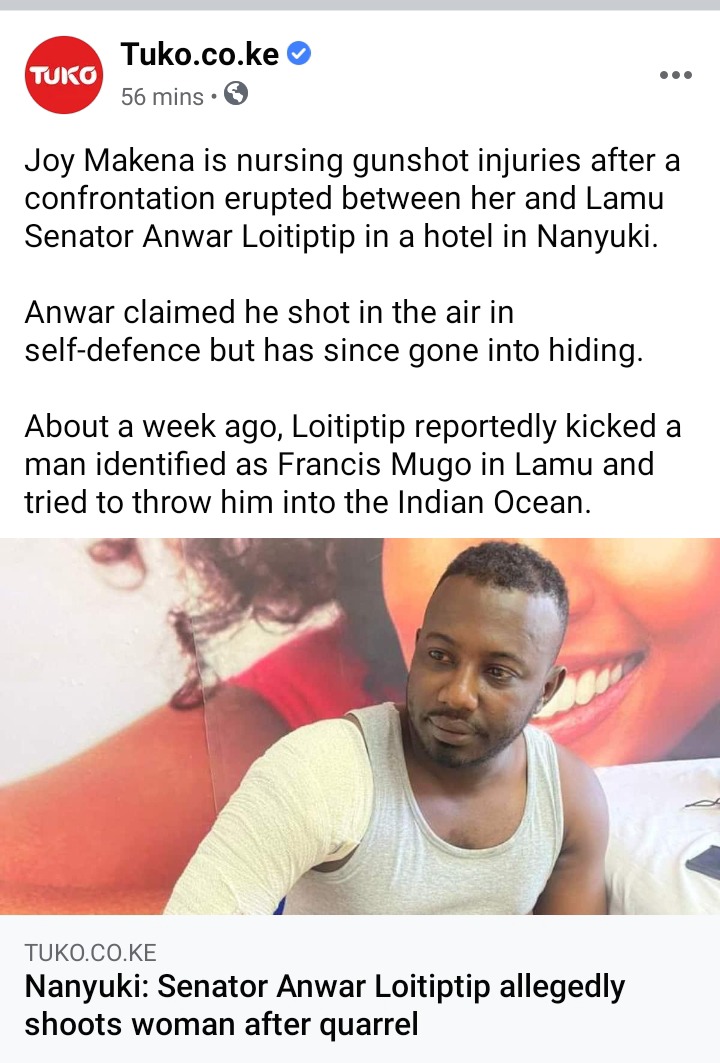 Senator Anwar has been in controversy for the better part of last week after confrontation again with a man identified as Francis Mugo whom he had kicked and tried throwing him into the Indian Ocean.

Reason Behind Murder Of The Five Family Members By Family Father