Just In: List of prominent leaders expected at Jubilee NDC

By Coinsk (self media writer) | 4 months ago 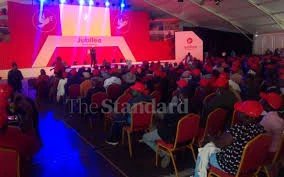 The Jubilee party, led by President Uhuru Muigai Kenyatta, is slated to hold its National Delegates Conference at the Kenya International Convention Centre (KICC) in Nairobi. The president, who is also the party's head, is slated to preside over the gathering, along with Secretary General Rafael Tuju and other participants. The National Delegation Conference is expected to serve as a catalyst for Jubilee and ODM to unite in their bid for the country's top seat in the upcoming election. 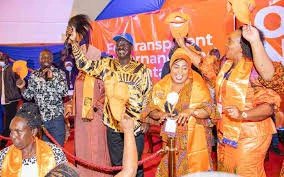 It is also expected to be a watershed moment, with former Prime Minister Raila Odinga being approved as the combined parties' presidential candidate.

Following their separate meetings on Friday the 25th, the two party leaders are likely to attend both NDC conventions to witness Odinga's endorsement as the Azimio La Umoja presidential candidate. 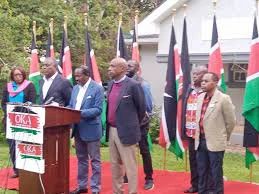 A number of leaders from both parties are scheduled to attend; according to seat arrangements, wiper leader Kalonzo Musyoka, KANU's Gedion Moi, and UDP's Cyrus Jirongo are expected at the NDC.

OKA was invited to the meeting following their official announcement on Friday of their admission into the Azimio la Umoja movement."

The One Kenya Alliance wishes to notify Kenyans that it has formally launched an open and organized discussion with like-minded political formations, particularly the Jubilee coalition and the ODM party."

The parties are set to formalize a coalition agreement on Monday.

Content created and supplied by: Coinsk (via Opera News )