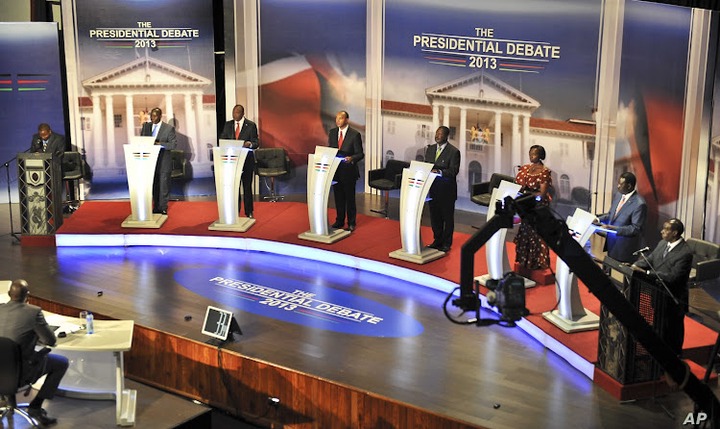 According to Clifford Machoka; the head of the presidential debates secretariat, the 2022 debate will take place on July 26 as reported by the Star newspaper.

The secretariat also announced that the deputy presidential debate will take place on Tuesday, July 19, in a statement on Monday.

The Nairobi governor candidates' debates; which will take place on Monday, July 11 have also been planned by the secretariat.

All of the discussions will take place from 5:00 p.m. to 10:00 p.m. at the Catholic University for Eastern Africa (CUEA) main campus in Karen, Nairobi.

According to Machoka, the Nairobi Gubernatorial Debate would be divided into two parts; with the first round comprising candidates for governor whose popularity ratings as determined by three recent opinion surveys are below 5%.

The panel discussions for both debates will be led by Citizen TV's Waihiga Mwaura; according to the debates chair.

He guaranteed that the selection of the moderator was made using strict standards that uphold the values of objectivity, impartiality and fairness.

The chosen individuals; particularly in Nairobi County have a thorough awareness of the political climate in Kenya and the key election topics, according to Machoka.

He reaffirmed the secretariat's dedication to facilitating an accountable, transparent, and fair discussion.

The questions that will be asked during the presidential debates will be chosen by the moderators; the candidates will not be informed of their choice. They won't have any meetings with any of the candidates' teams or campaign representatives.