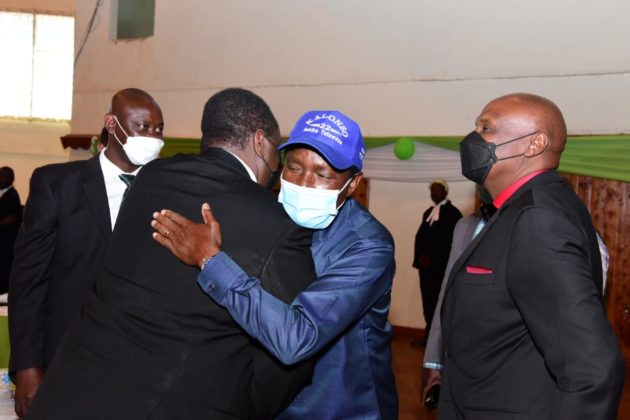 Wiper Party leader Kalonzo Musyoka has assured his supporters and Wiper party members that he will be going for the top seat in August, despite his One Kenya Alliance partners Musalia Mudavadi and Moses Wetangula announcing their plan to work with Deputy President William Ruto.

Speaking in Kitui after commissioning the construction works of the deadly Enziu bridge, Kalonzo claimed that the duo have been a stabling block, and he has now seen light at the end of the tunnel that his state house bid is clearer than before.

"I saw what happened yesterday, they have now cleared the state house path, I think my other friends were causing traffic jam. The jam is no longer there, it is State House direct," said Kalonzo.

His remarks came hours after his party's National Executive Council said that the party is united and will champion to make the country better.

Kalonzo alongside his counterpart from Kanu Gideon Moi had attended the ANC meeting on Sunday before storming out after DP Ruto and his allies made their way in to the venue, the Bomas of Kenya.

Political analysts have been arguing that Kalonzo will be joining Raila's Azimio La Umoja, although he had vowed not to support Raila's presidential bid for the third time, with this only time will tell. 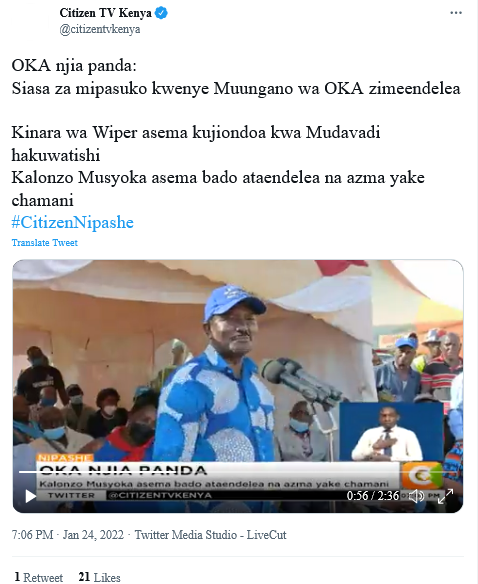