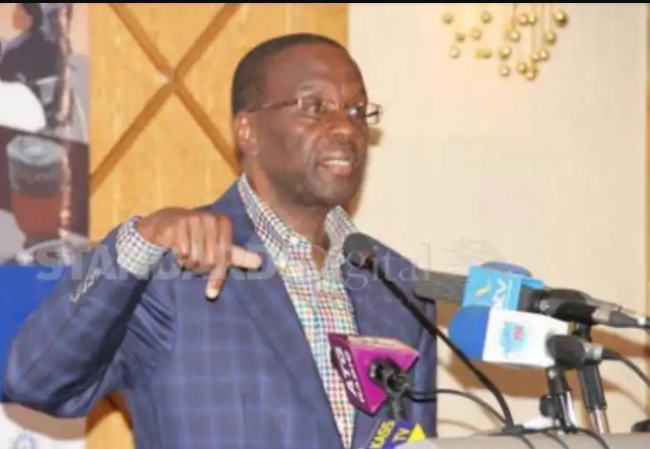 Former CJ Willy Mutunga has escalated his onslaught against CJ Koome, saying she lacks the courage to face the Executive led by President Uhuru Kenyatta.

Speaking yesterday, Mutunga criticized Koome for trying to shed off activism in the Judiciary, noting that it is the reason the Judiciary is acting timid.

He referenced his tenure as CJ, stating that he directed Judges to acknowledge that they were involved in politics on a day-to-day basis.

“Politics is part of life even the Constitution is so political. It is so activist.”

“The best case is the BBI. Those who wanted to change the Constitution were activists, and for ruling against it, the Judges were activists,” Mutunga stated.

The former Chief Justice underlined that the Constitution clearly stipulates the roles of the Executive, but blamed the Judiciary for failing to take advantage and dictate the way forward.

Mutunga called on Chief Justice Martha Koome’s Judiciary to push back against the Executive led by President Uhuru Kenyatta and the Parliament, which he described as meddlesome and impolite.

“The Judges should be candid and say that unless the Executive purges their contempt, they won’t be listened to,” he advised.

Last month, Mutunga and Koome differed on how Judges should exercise their powers and on how they should protest against the Executive.

Willy Mutunga asked Judges to strike, arguing that the Executive will not respect the Judiciary if the Judges do not act.

But in response, Chief Justice Martha Koome urged Mutunga to desist from interfering with the Judiciary.

Opinion: Should the Kenyan government come up with new measures to protect it's people?

The Rise Of Sadio Mane From Poverty To Riches And Being Among The Best Player In The World.