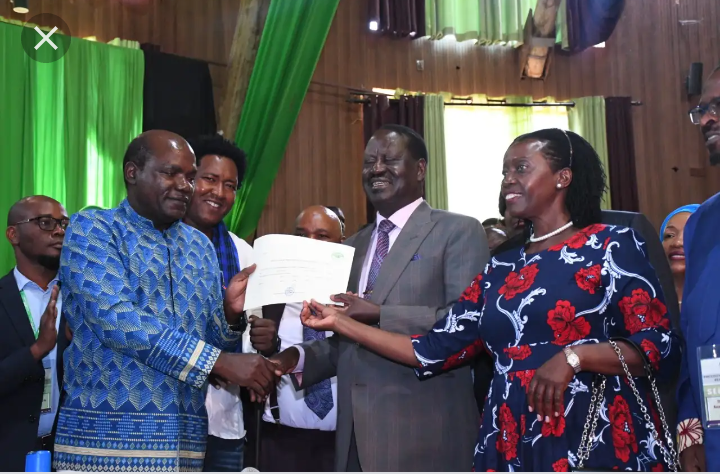 Raila who is expected to have his fifth stab at the presidency after four unsuccessful previous four attempts is optimistic of emerging victorious come August ninth polls.

Raila has been enjoying fanatical following in most parts of the country especially in Nyanza, Coast, Western, Nairobi and now in Lower Eastern. 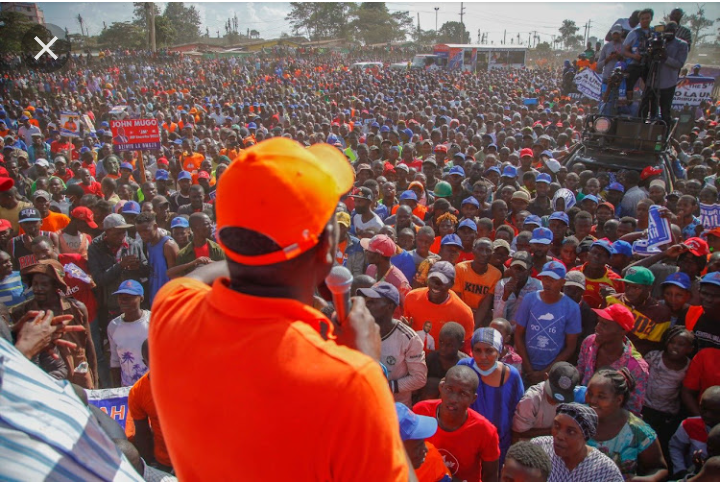 Musalia has promised that they are determined to secure 90% plus in their quest of joining other Kenyans in forming the next government under the patronage of William Samoei Ruto.

Musalia made these assertions on Wednesday during Kenya Kwańza's campaign trail of Kakamega and Vihiga counties. 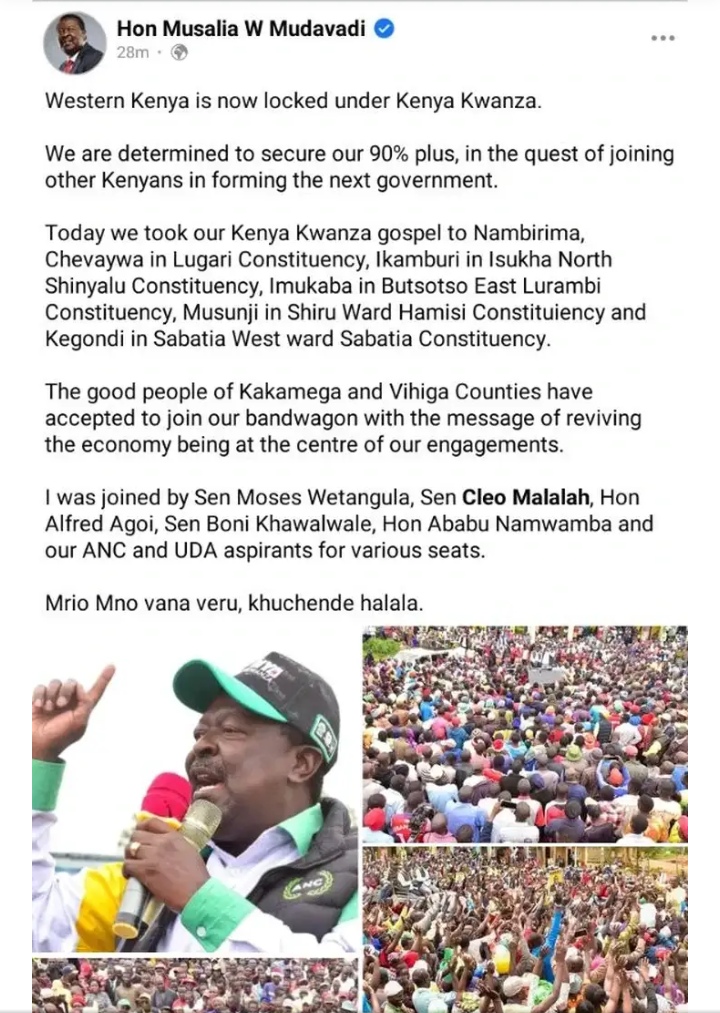