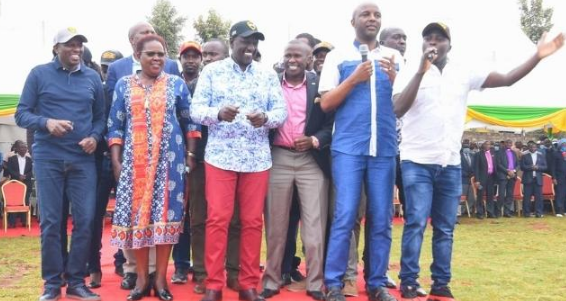 The ruling by the Court of Appeal concerning the Building Bridges Initiative has paved way for shaping of the political landscape ahead of next year's general elections.

The leaders who were supporting the initiative have embarked in crafting their political paths, with Mount Kenya Region being on the spot thanks to its vote-rich basket.

A number of the BBI proponents have argued that the region have lost a lot following the nullification of the report, but Deputy President William Ruto's close ally Senator Irungu Kang'ata and Political Analyst Benjamin Mwangi both from Murang'a county hold a different opinion.

As quoted by the Sunday Standard, Kang'ata claimed that the proposals in the BBI were 'disadvantaging' the region, criticizing the proponents for being self-centered.

He went on to state that the leaders on the BBI side were not being true to the president, arguing that the region has moved on from BBI even as the AG announce to head to the Supreme Court.

His argument was supported by Mwangi who stated that the BBI bill was not a driving force to the residents of Mt Kenya, and their only concern now is to get market for their farm produce, and good governance. 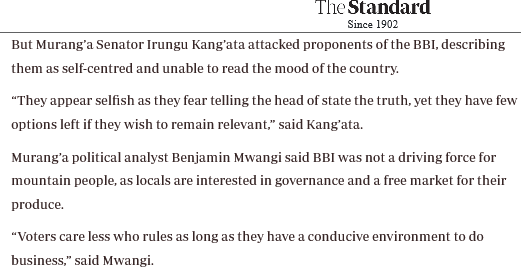 Easy Money Management Techniques That Will Make You Have More Money

You Deserve An Award, Minicheps Latest Arts That Has Impressed Many