Former Kakamega Senator Dr Boni Khalwale has revealed unheard details of how to the late Tanzanian President John Pombe Magufuli tried to do in order to save Kenya from burning. The soft-spoken president died due to complications emanating from heart disease. According to the Vocal ally of the Deputy President William Ruto, the late Magufuli who was a close ally of the former Prime Minister Raila Odinga was against the swearing in of Raila Odinga as the people's President in 2017 after disputed elections. 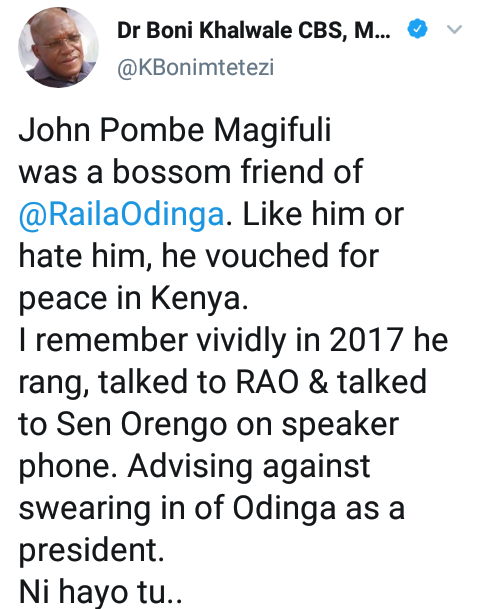 According to Khalwale, President Magufuli spoke to both Odinga and Siaya Senator against swearing ceremony. The Senator says that he remembers vividly how Magufuli called on speaker phone and warned them against taking such moves.

"John Pombe Magufuli was a bossom fri, talked to end of Raila Odinga. Like him or hate him. He vouched for peace in Kenya. I remember vividly in 2017 he rang, talked to Rao and talked to Sen. Orengo on speaker phone. Advising against swearing in of Odinga as people's President, Ni hayo tu," revealed Senator Khalwale. 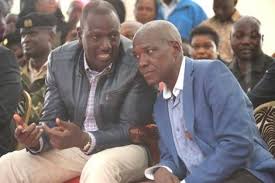 Painful Story: Father of 17 Pleading For Help From Well Wishers After Life Hits The Wall