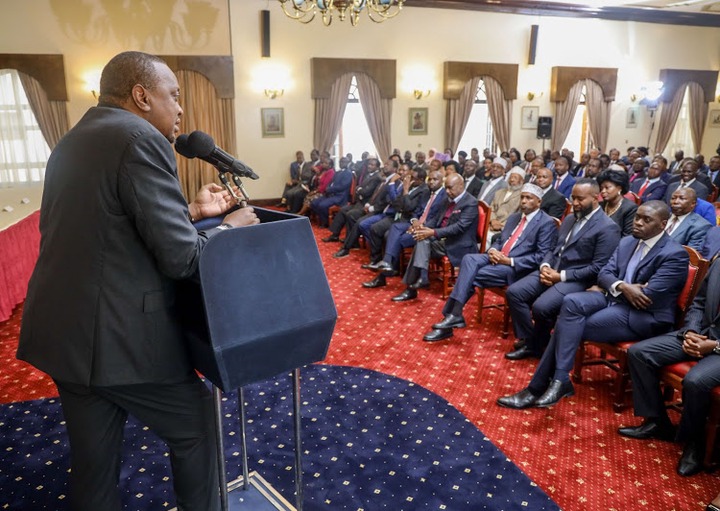 Even as the BBI and Handshake team heads to the Court of Appeal to challenge the High Court ruling on the Constitution Amendment Bill of 2021 BBI, President Uhuru Kenyatta's team is leaving nothing to chance, should the appeal fails.

Led by BBI secretariat co-chair and former Dagoretti South MP Denis Waweru, the team has confirmed that they are now considering parliamentary route to pass some of the clauses that do not require referendum, should all fails.

The team, however, express optimism of a resounding victory in the Court of Appeal, but took caution, incase the appeal goes against their will. 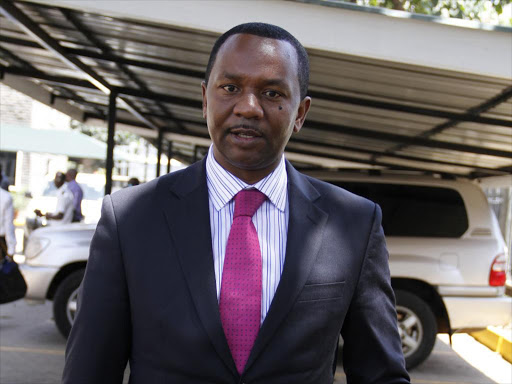 “At the moment, we are focusing on the Court of Appeal process, to win the case and ensure we get away with it as quickly as possible,...but if things fail, then we will explore this second option” stated Waweru as quoted by The Star Newspaper.

Among the things that the team is planning to use the parliamentary way, that do not require the referendum includes Creating of Ward Development Fund proposal.

The team said they have the required numbers to pass such clauses, saying they just need two-third numbers in both houses to be passed. Others include entrenching CDF in the constitution, creation of Youth commission, increasing county allocation funds to at least 35 per cent as well as giving new tax enterprises a tax holiday of seven years.

Here below are the set of clauses proposed for parliamentary route; 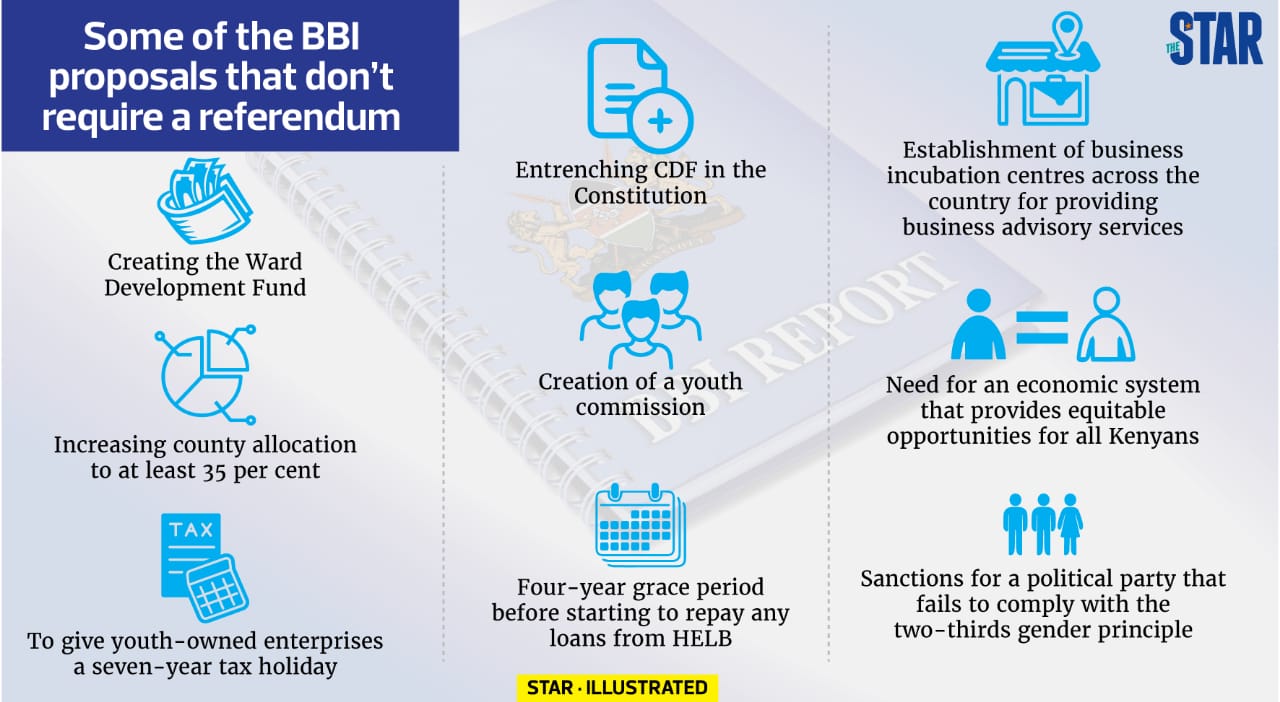 Most of the clauses proposing for the creation of more executive posts have been left out, since such enactments need a referendum. The legal experts have given a green light to the above clauses, and should it find its way to parliament, then it is likely to be passed and adopted.