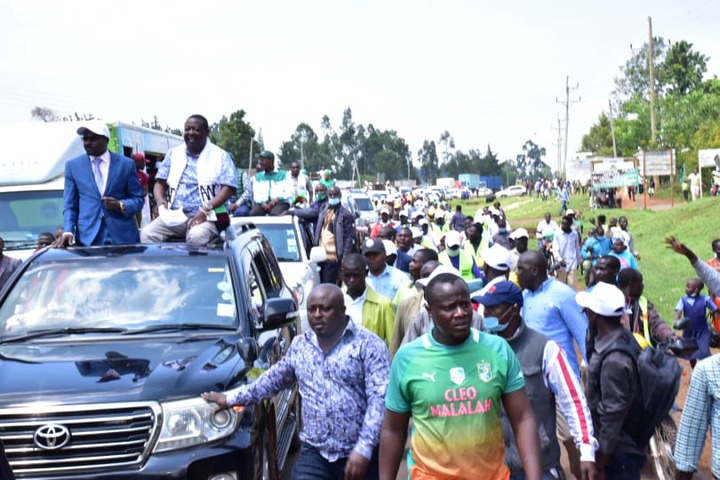 Amani National Congress (ANC) party leader Musalia Mudavadi is no doubt a happy man as it appears he is on the verge of beating his competitors hands down in a by-election.

This after ANC candidate Peter Nabulindo kicked out the ODM candidate from the leading position and took the lead as the IEBC nears the calling of the by-election.

The ODM candidate had taken an early lead when the tallying began.

By the time of going to the press Peter Nabulindo was leading with 12,399 votes followed closely by David Were of ODM who had garnered 8,896 votes.

UDA candidate Alex Lanya has emerged as not a worthy competitor in the by-election since he is trailing at a distant third with 4200 votes.

A total of 99 polling station had already had their result counted out of 116 voting centers. 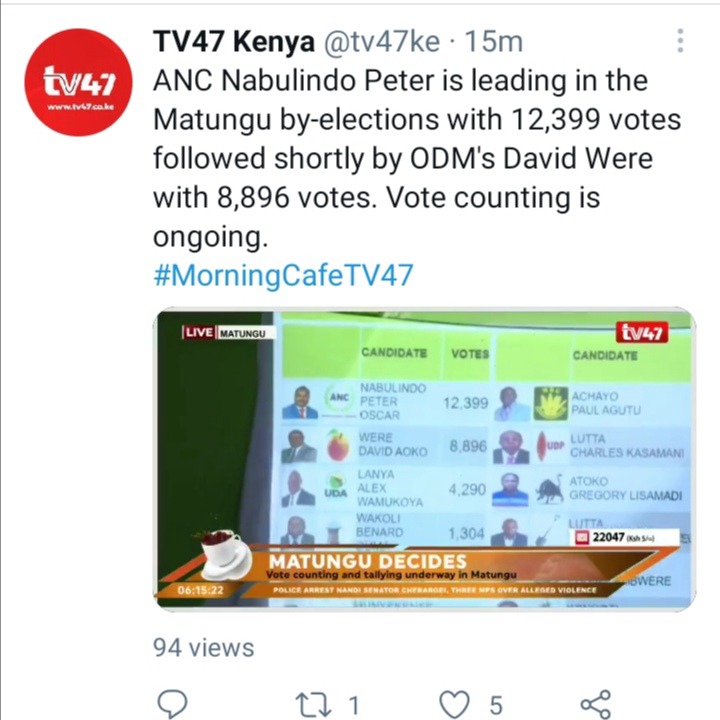 The looming success of the ANC party came after a long day of drama that was witnessed even as the voting exercise continued.

This time round, UDA party affiliated leaders were spared since it is the ODM party leaders and ANC that engaged in a fierce battle that left scores injured, IEBC officers roughed up and a group of people arrested.

The only incident that involved the UDA party member is when the former sports CS Rashid Echesa slapped an IEBC Officer at a polling station over allegations of blocking UDA agents from accessing the polling stations.

The incident went viral on social media leadi g to calls of for his arrests. 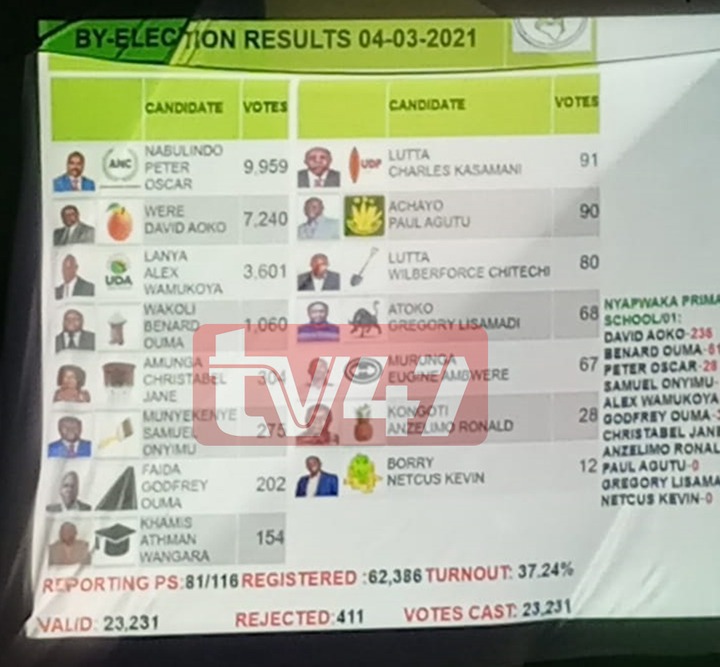 The former CS, however, disappeared not to be seen leaving police and GSU officers camping at his homestead as they traced him with an aim of arresting him.

The Matungu by-election saw the ANC party leader wrestel his ODM counterpart Raila Odinga and the Deputy President William Ruto in a battle that aimed at making a political statement about the 2022 General Elections.

The race had turned a test run for 2022 after various political leaders stormed the constituency to campaign for their respective candidates in the polls.

The same was witnessed in Kabuchai where Ford Kenya Party leader Moses Wetang'ula wrestled with DP Ruto in what was seen as testing waters over control of Bungoma County.

Netizens React After This Was Spotted In Kuresoi Nakuru County