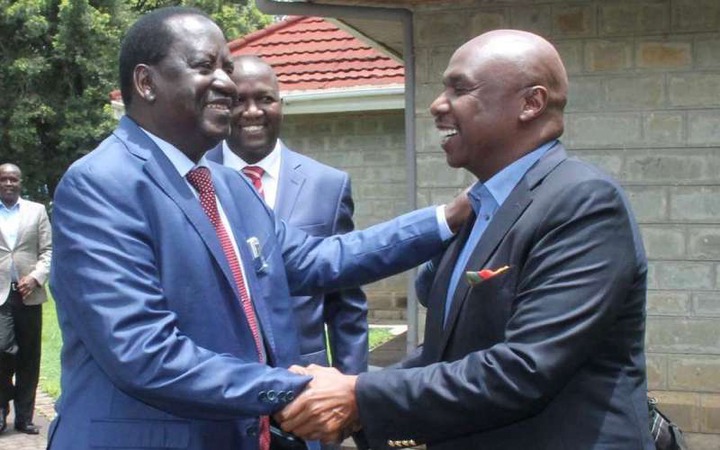 For a while now, a section of OKA allies have been uncomfortable with Kanu's chairman Gideon Moi over his soft spot to the former Prime Minister Raila Odinga, who is their opponent ahead of the 2022 general elections.

Some of the leaders viewed the Baringo Senator as the weakest link that Raila might use to scatter the alliance and make the OKA principals join him in bid to form a big coalition that could block Deputy President William Ruto from State House.

According to Herman Manyora, President Uhuru Kenyatta, Raila and Gideon Moi are playing games to the other three principals Moses Wetangula, Kalonzo Musyoka and Musalia Mudavadi after they dismissed calls to re-unite with Raila.

Speaking with the Sunday Standard, Manyora argues that Gideon is the 'glue' that holds OKA together and in turn protects them from Ruto, and will remain with them only for formality until there is no enough time, then he will bolt out to Raila's wing.

"Gideon seems to be aware of the threat posed by DP Ruto and knows that if the OKA principals are scattered. Once you put them in an outfit and with Gideon, they remain until the trumpet is blown. OKA is a holding ground to make sure the alliances' principals are not pounced by Ruto," said Manyora.

His observation was supported by Professor Naituli Gitile who says that Gideon Moi is the link between ODM and OKA, and in fullness of time, he will take the political side being supported by President Uhuru Kenyatta.