By Trueboy_NyakokoTV | self meida writer
Published 7 days ago - 12063 views 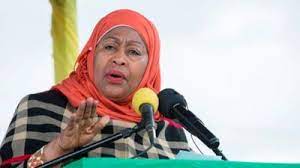 According to Mwananchi newspaper dated 6th April 2021, President Suluhu deep secrets on her recent nominations and reshuffles have been revealed. According to the newspaper, immense pressure was piled on the newly elected president of Tanzania to retain key leaders that had been accused of corruption by the ‘deep state’. 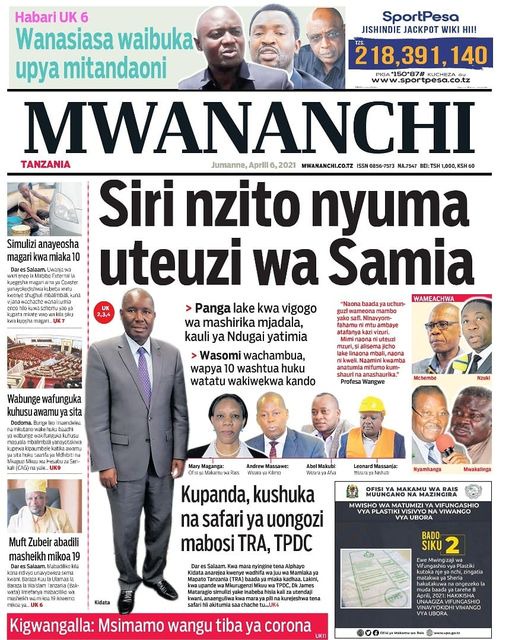 However the no nonsense president could not hear none of this choosing to go for leaders who are not politicians to head key government organizations. Her move has dealt a huge blow to influential leaders who thought they would manipulate the nomination process.

Among those dropped were controversial Tanzania Ports Authority CEO Engineer Kakoko who was accused of grievous allegations of corruption. During her maiden speech, President Samia revealed that her leadership will not only be strict but free of corruption. Several leaders and citizens have hailed her recent efforts claiming that she is another reflection of the late John Pombe Magufuli.

Kakoko Mwananchi Samia Suluhu Tanzania
Opera News is a free to use platform and the views and opinions expressed herein are solely those of the author and do not represent, reflect or express the views of Opera News. Any/all written content and images displayed are provided by the blogger/author, appear herein as submitted by the blogger/author and are unedited by Opera News. Opera News does not consent to nor does it condone the posting of any content that violates the rights (including the copyrights) of any third party, nor content that may malign, inter alia, any religion, ethnic group, organization, gender, company, or individual. Opera News furthermore does not condone the use of our platform for the purposes encouraging/endorsing hate speech, violation of human rights and/or utterances of a defamatory nature. If the content contained herein violates any of your rights, including those of copyright, and/or violates any the above mentioned factors, you are requested to immediately notify us using via the following email address operanews-external(at)opera.com and/or report the article using the available reporting functionality built into our Platform