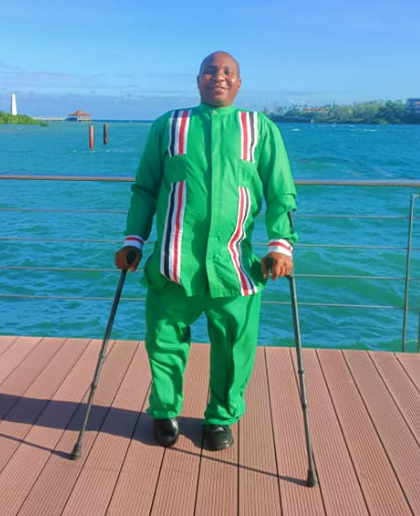 Nominated MP David Ole Sankok has come to clear the air over talk that he had quit politics.Speaking to Linda Alela of TV47 the MP said those claims were miscontrued and that he did not mean it that way.He revealed that he was not retiring from active politics but that he was not going for an elective position.He gave examples of Sabina Chege,Prof Kithure Kindiki and John Mbadi.He said that he could not quit poltics at age forty three yet there were old men in their eighties who were still in active politics.

"I did not say that I am retiring from politics, I just said I am not going for an elective seat just like Prof Kindiki and Sabina Chege. We have people at the age of 80 in politics, do I look like I can exit politics at 43?"- Nominated MP David Ole Sankok. 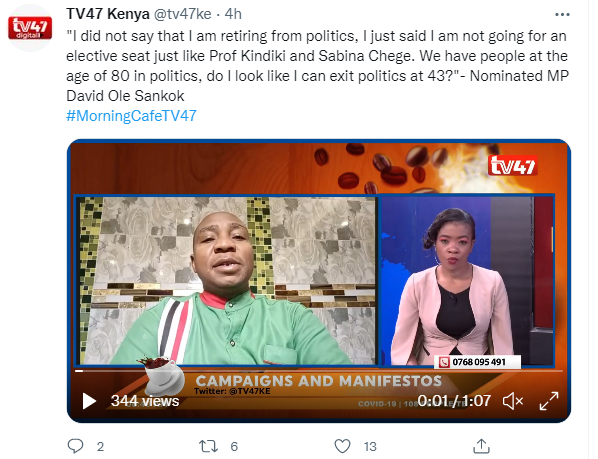 Sankok also weighed on the issue of Kenya Kwanza presidential candidate William Ruto choosing Rigathi Gachagua as his running mate and not other contestants such as Kithure Kindiki.He revealed that choosing Mathira MP Rigathi was the best choice as he was stronger than the rest.The MP also revealed that Kenya Kwanza was satisfied since they had 95% of the mountain votes including Uhuru's first cousin Kung'u Muigai.

"Choosing Rigathi Gachagua as William Ruto's running mate was the best choice we made as Kenya Kwanza. We are satisfied and no wonder we still have 95% of the Mountain including President Uhuru's cousin Kung'u Muigai ," He revealed. 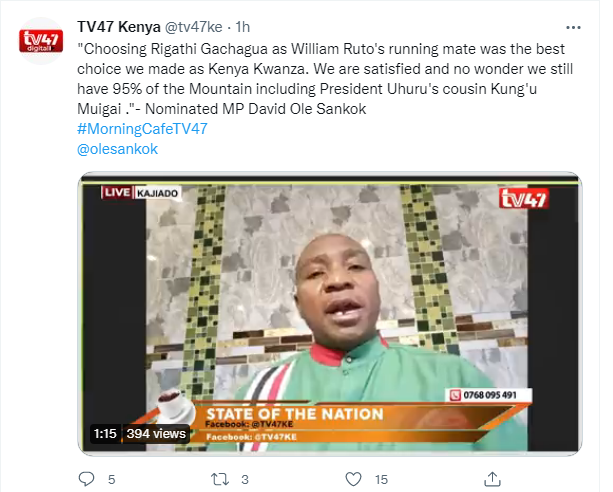 The nominated MP also lauded the Kenya Kwanza manifesto saying it was best for Kenya as it feautured all regions of Kenya trying to fulfill all needs of the common people.