A section of rift valley region residents have come out to slam the idea of deputy president William Ruto hustler nation and the United Democratic Association party UDA. 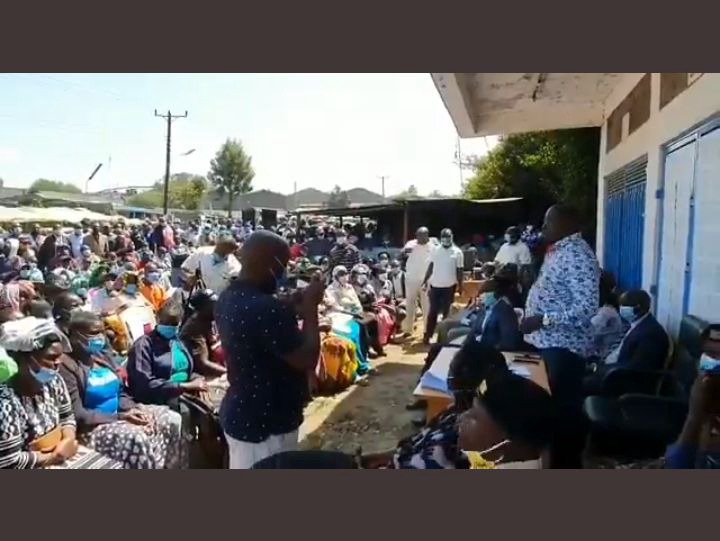 Talking today, Brian Ngere while lecturing residents on matters of insecurities said that the idea of Kazi Ni kazi will not be used to brainwash Electorates and that their children cannot study very high to come and push wheelbarrows. The speech which was warmly welcomed by the members of the public.

Taking to his Twitter page Brian Mamboleo claimed that the rift valley residents wildly endorsed Matiang'i as the next president. He said Matiang'i's presidency is an idea who's Tim is ripe and that nobody can control it.

While drumming up support for the interior cabinet secretary,Hon. Ngere asked the people to believe in Matiang'i's leadership. He asked them to support the son of kisii people and make him the president after Uhuru Kenyatta is done with his term.

Translated to; "you guys have heard how the UDA politicians are lying to us that job is job. Can you agree that your child will learn up to higher level only to come back and push wheelbarrow? Am telling you that after Uhuru is done with his ten years in office,let's entrust our own Matiang'i with leadership,or have you not seen his good work as the minister? How many agree that next year we will give the mantle to Matiang'i?" He asked.

The race to the top seat is getting tighter and tougher with many Politicians showing interest to succeed Uhuru.

Watch the video below and give your feedback

How To Keep a Conversation Flow With Your Crush

Understanding Depression And Why We Should Take It Seriously

Hamisa Mobeto is Living Big. Check Out Her Latest Photos