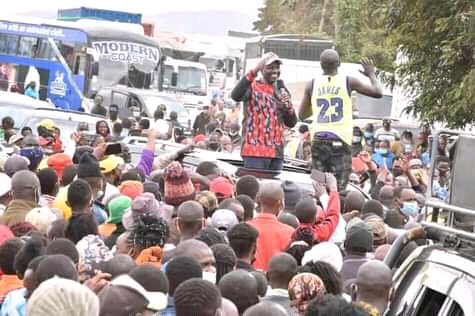 Deputy President William Ruto`s move to pick Mathira Member of Parliament Hon. Rigathi Gachagua as his running mate in the looming 2022 general elections has spurred mixed reactions amongst Kenyans amid the current political temperatures that have been set by the two-horse race featuring the second in command and Orange Democratic Movement leader Raila Odinga.

On Tuesday, December 7, 2021, the Nation publication confirmed that the second in command`s move to settle on Gachagua, was to appreciate the latter`s continuous move to campaigns for the DP in the central region, the campaigns which have been reported to yield fruits. 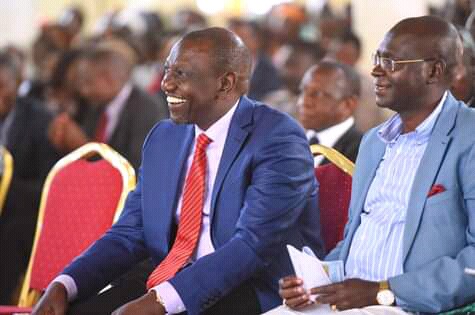 The Nation termed Gachagua`s royalty as unwavering, and his oratory skills as the cause of his selection to be the second in command should Kenyans settle on DP Ruto as their head of state in the next government.

The Mathira legislator has been reported slamming all the narratives of Orange Democratic Movement leader, Raila, asking the residents of Mount Kenya to distance themselves from the tales and personal stories the Former Prime Minister has been feeding them. 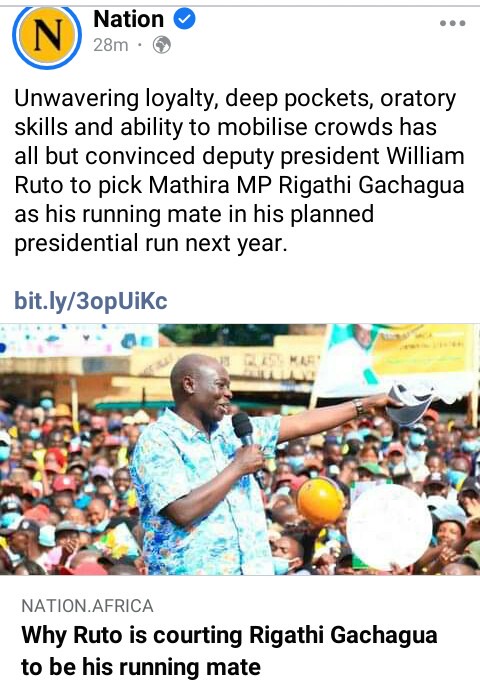 According to Gachagua, Raila should not tire people with what happened between his father, the late Jaramogi Oginga Odinga, and President Uhuru Kenyatta`s father, Mzee Jomo Kenyatta, hinting out that such schemes won’t be of any importance to Kenyans.

The Legislator`s boldness has seen DP Ruto gather crowds in central, a move that has made DP Ruto`s campaigns easy in the Mountain, boosting his 2022 Preparedness. 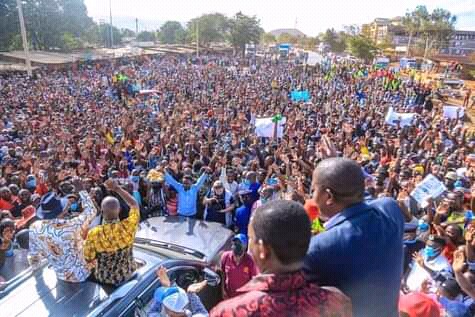 “The Deputy President has been impressed by Gachagua`s ability to mobilize the masses. Gachagua has been tireless in popularizing DP Ruto1s presidential bid in Mount Kenya,” the publication reported.