Murathe: We Forgave Deputy President William Ruto But We Have Not Forgotten

By weldikhalifa (self meida writer) | 27 days 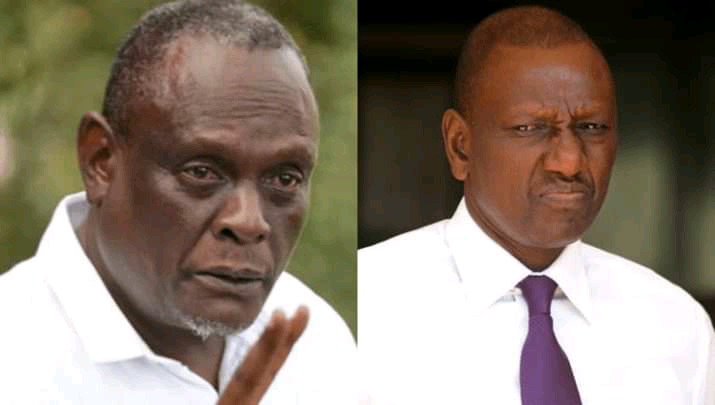 Jubilee chairman David Murathe has come out to say that they forgave Deputy President William Ruto but their community has not forgotten. This was in relation to the 2007/2008 post election violence in which most of the Gikuyu community were affected by the tribal clashes in Rig Valley. David Murathe was in one of the leading media station in the country debating with Mathira Constituency Rigathi Gachagua. The Jubilee party had met and recommended that the Deputy President be relieved of his position as the Jubilee Deputy Party leader.

The president however did not approve the matter and it was left just at the last stage. Dr William Ruto was accused of selling ideologies of another outfit and according to the party constitution, he was suppose to be expelled. In the run up to the 2017 general elections, President Uhuru Kenyatta and his Deputy William Ruto had disbanded their former parties and came up with one outfit called Jubilee which they were yo use to run for presidency, so Dr Ruto became its Deputy Party leader since he is the Deputy President and that is in the constitution of the party.

Commenting on the just concluded By-elections, the Jubilee chairman said that they had lost and they were going to make ammends so that they could reclaim their lost glory in the upcoming By-elections in Kiambaa constituency and Muguga ward. The party resorted to doing nominations for those By-elections in their headquarters in Pangani and this has caused mixed reactions among the candidates and the people.