By SamMunyaka (self meida writer) | 20 days

A rare photo of Professor Wangari Maathai being escorted to a police van after she was sentenced to six months in jail for contempt of court on 11th April, 1981 has surfaced online. 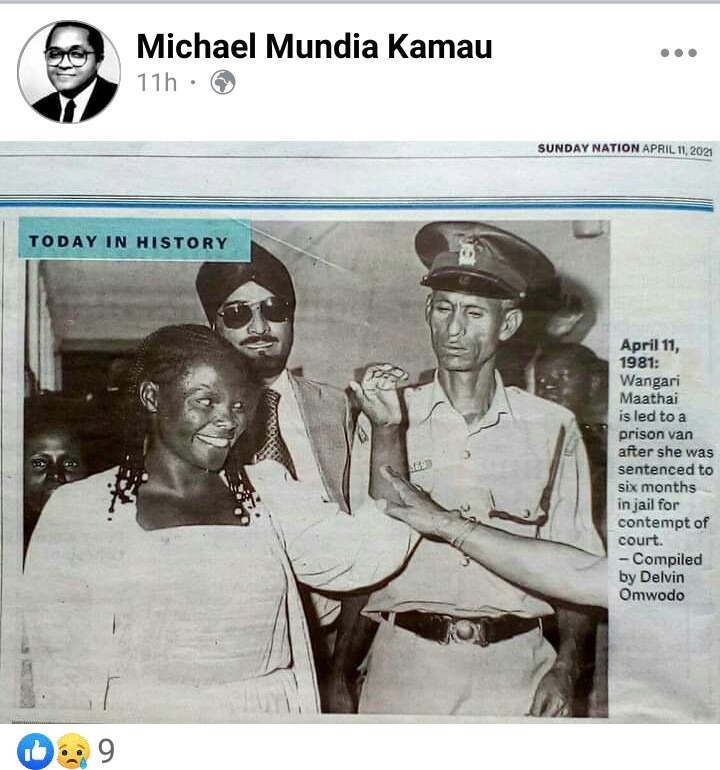 Details about the arrest are still scanty and unknown but she was busted and incarcerated several times on various occasions.

In a bid to curb deforestation and sensitize the public about importance of protecting the environment, she faced many hurdles from being assaulted to engaging in running battles with police during Moi's era.

In January 1991, she was arrested alongside four opposition party members for peddling malicious information that former president Moi wanted to bar multiparty elections. She was forced to spend the night behind the bar and was later released on $3,500 bail.

In 1999, she was attacked and beaten to a pulp by a group of unknown people while planting trees at Karura forest. 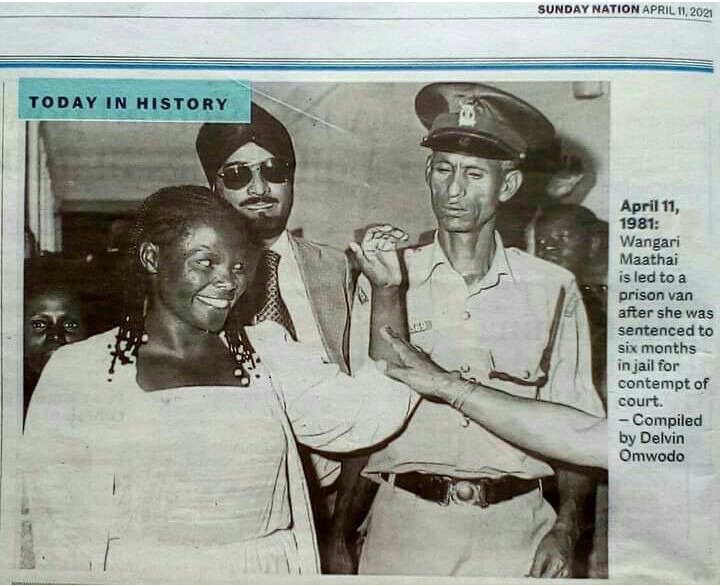 Wangari was an environmentalist and political activist who became the first woman to win a nobel prize in Africa. She is known for Green Belt Movement.

Wangari succumbed to ovarian cancer in 2011.