Mudavadi Opens Up on Invitation to Raila's Event, Reveals 1 Reason Why He Will Not be Attending 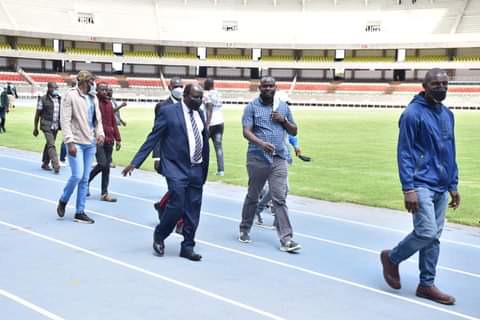 Amani National Congress Party Leader, Who also doubles as One Kenya Alliance Principal, Musalia Mudavadi has finally opened up on the invitation to Orange Democratic Movement Party Leader, Raila Odinga's event. That is set to be held tomorrow, revealing one reason why he will not be attending the meeting.

Via his Facebook page. Mudavadi has acknowledged the invitation sent to him. Which he alleges was addressed to him as ANC Party Leader and not OKA principal. 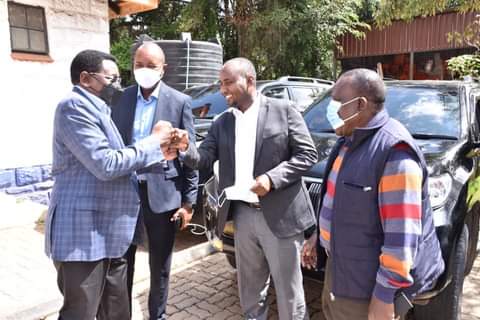 However, the ANC Party boss has revealed that he will not be attending the event because of his engagements.

"I have just received an official invitation to Azimio la Umoja Convention. As noted herein, the invitation was addressed in my capacity as ANC Party Leader and not OKA Principal. Regrettably, I will not be able to attend because of personal engagements. Raila Odinga is a worthy competitor, I wish him well because tomorrow will be his day in the sun," The Amani National Congress Party Leader, Mudavadi penned down 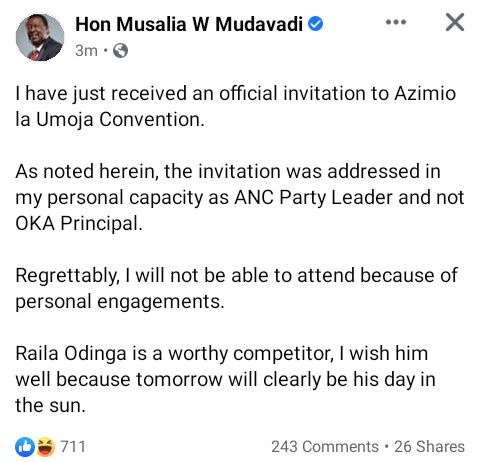