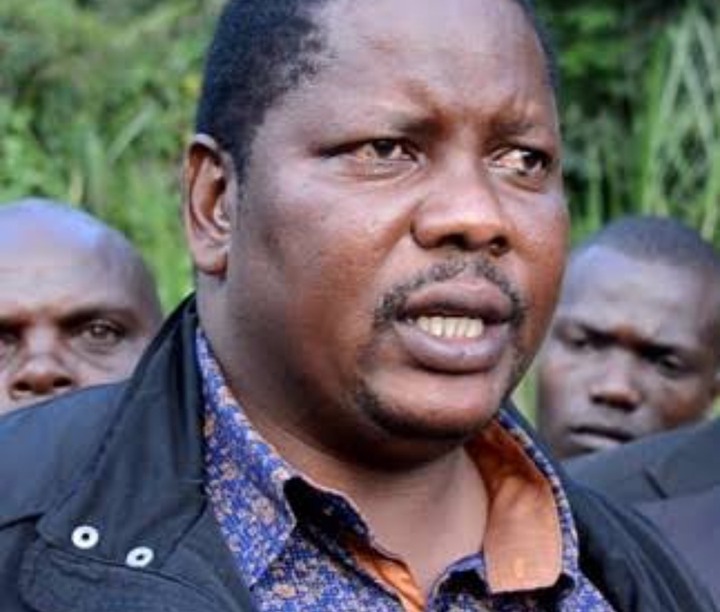 Endebess Member of parliament Hon Robert Pukose has taken to the streets of Endebess Town to protest while being accompanied with His supporters, following allegations that lorries were hired to ferry people from a neighboring Country Uganda, by His rival in an attempt to affect the voting process since they were to vote on His favour.

In a Video seen by standard magazine, the Mp was seen standing in the middle of the road in the town which was less active since people had moved out of the open spaces to pave way for demonstrations. He was later seen pointing at the police vehicle which was packed on the sides of the road, with the officers patrolling from one end to the other to secure Him and the whole team.

According to Him, His rival decided to move to the neighboring Nation of Uganda and ferried people who had dual citizenship in order to vote for Him and make the whole process shoddy and untrustworthy. He also added that He got the Hint from a close ally, adding that the voters had allegedly been registered in Matumbei Area, something that He now considers a total fraud since they were Purportedly not recognized by the system. 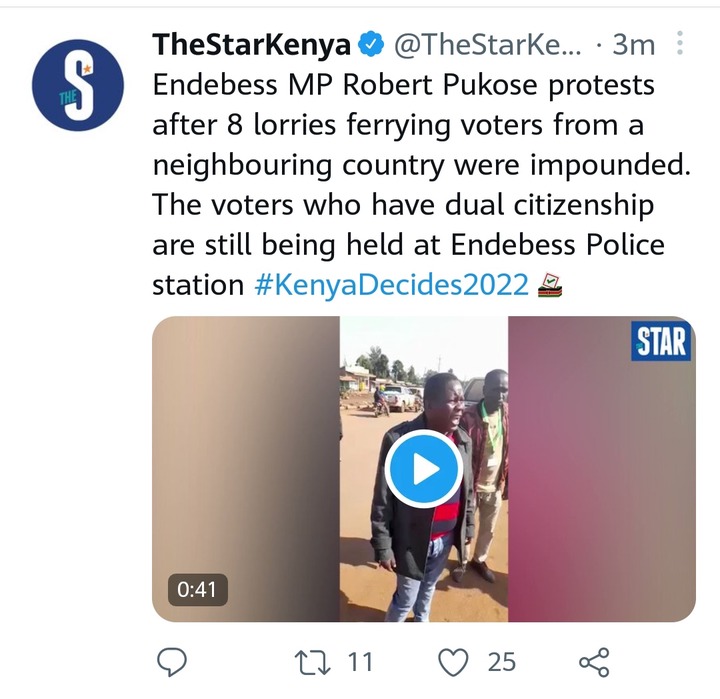 "This is a very unfortunate occurrence since my own rival decided to ferry voters from our neighboring Nation using lorries so that they can cast their votes in His favour, since they claim that they are registered in Matumbei, which I have confirmed they aren't, since I got the whole information from my Ally. They claim to have dual citizenship and this will be the start of problems here. "Pukose Said.

He however went ahead to warn a resident who availed Himself on the place to use bad language and chasing Him away urging that He was just insinuating things without evidence. Mp Pukose was later seen being aggressive towards the man while asking Him who He was, adding that He was sent to destruct His attempt to speak about the frustrations. The crowd was later separated as His security rushed to the place to restore peace.

"Who are you my friend? You want to prevent me from speaking what I know, it seems you have been sent to provoke me but you won't succeed." He adesd.

According to reliable reports from Endebess, the alleged group of people were later segregated in one location where they were fully inspected and asked to provide credentials. A few became reluctant while asking the IEBC to prove from the system, something that attracted attention from police and other locals.

The current state of the Mp has however not been stated now that He vanished without speaking to the media.

What Ruto Said About Musalia Today